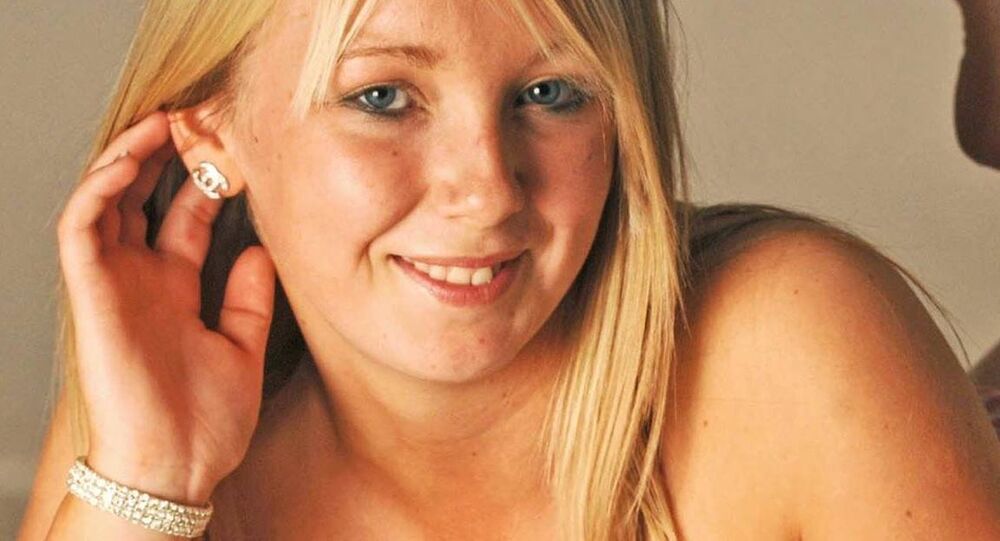 'They Wanted Me At All Costs': Ex-Nude Model Reveals How She Nearly Joined Daesh

Former topless model Kimberley Miners, 29, has claimed she was brainwashed by Daesh recruiter Naweed Hussain after he allegedly noticed she had been using social media to draw attention to the war in Syria.

According to the model from London, she was being groomed to become the next “White Widow” – a reference to Sally Jones, a British woman, who converted to Islam and pledged allegiance to Daesh*.

© REUTERS / Richard Pohle
Daesh Plotter Reportedly Sought to Behead Theresa May, Bomb Downing Street
Miners was arrested last year after intelligence agents intercepted messages from the recruiter, Naweed Hussain, in which he encouraged her to join the terrorist group.

Speaking with The Sun, the woman revealed that she started receiving messages and friend requests after sharing videos of bomb attacks to raise public awareness of ”what was happening to the children” of Syria.

Kimberley said that she “was groomed” and she “fell for it” after suffering a miscarriage and a breakup with her fiancé.

“I was a propaganda trophy to be won, the next Sally Jones. They wanted me at all costs. I dread to think what would have happened. Hussain lavished me with attention and flattery and even persuaded me to change my name to Aisha Lauren al-Britaniya because it was more authentic. He’d say, ‘If you came here I’ll make you my wife.’ We swapped hundreds of messages every day,” she told the media outlet.

Miners was expected to arrive in Syria through Turkey, but was stopped by anti-terror police – she could have faced up to ten years in prison but was released on bail shortly after security agents concluded that she had been deluded.

After her arrest the model found out that Hussain was grooming other British women as jihadis – nearly two weeks ago one of them, Safaa Boular, was convicted of plotting a terrorist attack in the UK.

“I could so easily have been Safaa Boular. I’m lucky I was arrested when I was,” she said.

In January, the police told Miners that she would not face any further action after 15 months on bail.