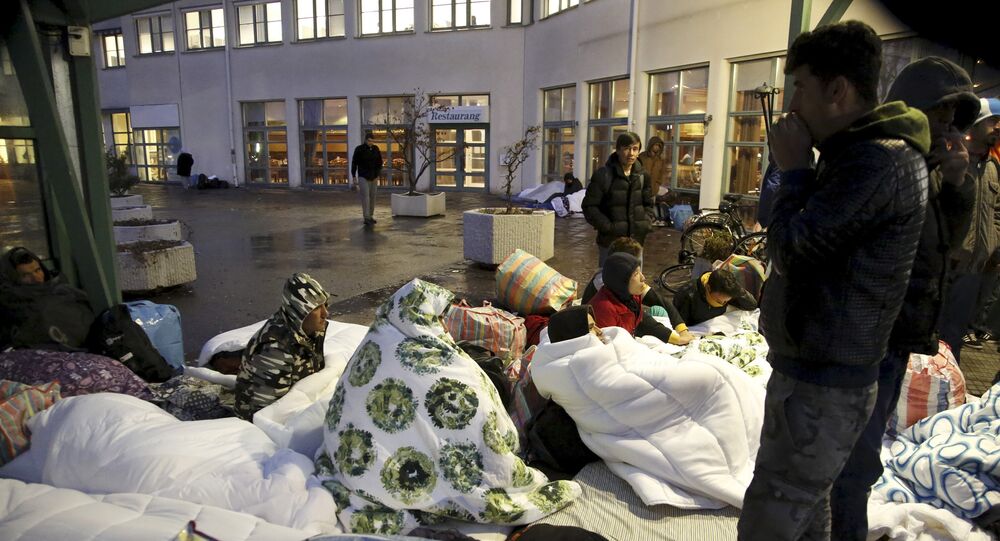 Germany and France agreed to combat secondary migration within the European Union by limiting incentives for asylum seekers to move within the bloc and by transferring them to competent member states, the Meseberg declaration adopted at talks between German Chancellor Angela Merkel and French President Emmanuel Macron read on Tuesday.

"To jointly and resolutely tackle secondary movements inside the EU, especially by decreasing incentives for secondary movements in the new Dublin regulation but also by enhancing cooperation between Member States aiming at, inter alia, preventing registered asylum seekers from coming to other countries and ensuring swift transfers to and readmissions by the competent Member States," the statement read.

© AP Photo / Michael Kappeler
Merkel Wants to Hold Urgent Summit With EU States on Migration Issues - Reports
Merkel met Macron at her Meseberg retreat near Berlin to discuss preparations for the EU leaders' summit set for late June and to address a number of pressing issues such as EU foreign policy and immigration.

The Dublin convention allows to identify a member state responsible for an asylum claim. Under the agreement, an asylum request is examined by the state of the first arrival of an individual to the European Union.

Eurodac, the central data bank which stores data and fingerprints of all people entering the European Union, allows to trace the state of entry for each asylum seeker, who will be transferred to the country where he was first documented if he attempts to move within the European Union.