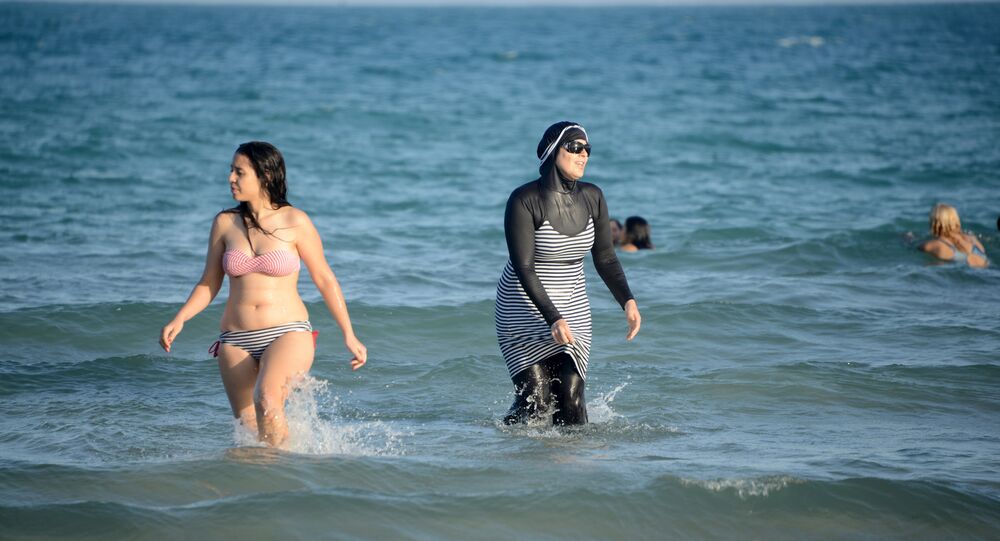 Although Germany's highest court ruled two years ago that girls in Germany must attend swimming classes despite their religious beliefs, the school in Nordrhein-Westfalen has decided to supply its female students with swimsuits for Muslims.

The Pestalozzi Gymnasium in Herne, Germany, has bought 20 "burkinis," the German newspaper Westdeutschen Allgemeinen Zeitung reported. The head of the school — where some 800 pupils study — justified the move as being a countermeasure against the religious excuse for skipping swimming classes. According to the report, 15 girls have already used the swimsuits provided by the gymnasium.

The initiative was not warmly welcomed by some German politicians, with CDU Vice President Julia Klöckner slamming it on her Facebook for "perpetuating a discriminatory understanding of the role of women" in a place where they should learn the concept of freedom.

Birgit Ebel, a teacher and expert on Islam, told Sputnik in an interview that providing burkinis to Muslim girls sends a "wrong signal" and added that they must learn the rules about the equal treatment of both genders that exist in the country. She also noted that although it is in the competence of the school to teach each and every student to swim, it must not "open its doors for political Islam."

"We do not live in Saudi Arabia, where the sexes are separated in a total dualism and a kind of apartheid," Ebel said.