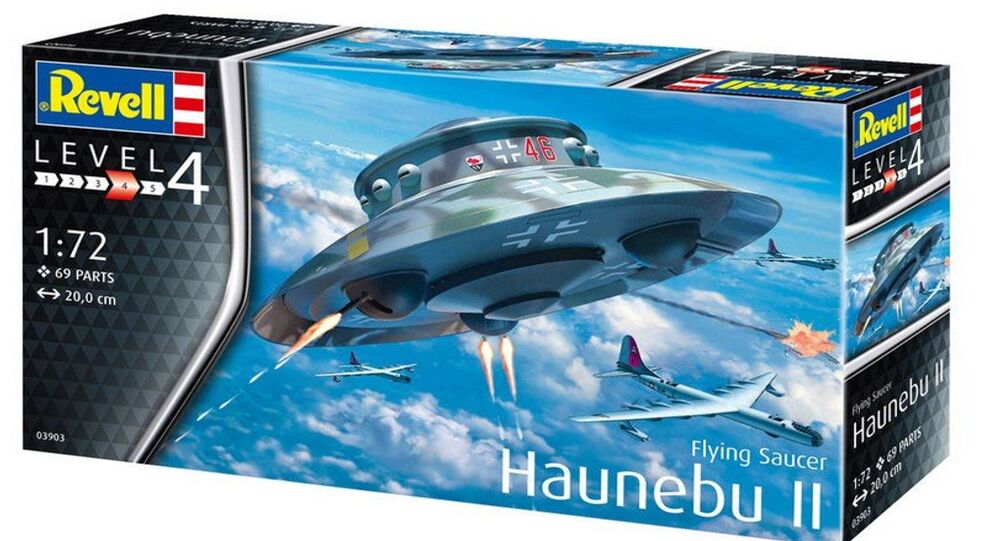 An aircraft "capable of flying in space" and described as a war machine during the Nazi era will no longer be available in stores. Social media users found the move awkward, claiming that critics made a big fuss about nothing.

German toy and model producer Revell has recently declared that they will withdraw from sale one of their products, an aircraft with emblems from the Third Reich, that has caused a lot of criticism among German associations.

The move came after the German Children's Protection Association (DKSB) and the Military History Museum (MHM) called the toy controversial and criticized the company for its inaccurate representation of history.

The toy is described as a "round aircraft" and "the first object in the world capable of flying in space." The description also said that the production of the real aircraft was launched in mid-1943, but because of WWII it did not go beyond the testing phase.

The problem is, however, that such aircraft — presented as a war-time machine of the Nazi-era — has never existed, but the toy's description fails to mention that, representatives of the DKSB and the MHM argued.

"At that time it was technologically impossible to build something like this," historian Jens Wehner and representative of the MHM said in an interview with the newspaper Frankfurter Allgemeine Zeitung (FAZ).

Wehner also added that such an omission could be misused by right-wing movements to "cast doubt on what we know today about National Socialism" and make others believe that the Nazis possessed superior technology, he argued.

In response, Revell said that the critical remarks were "absolutely justified" and announced its decision to stop the production of the toy.

The move has stirred vivid reactions among social media users, with many of them arguing that critics made a big fuss about nothing.

That's rubbish. There are a lot of "blueprint" models produced by various model manufacturers that had never flown and that also have outstanding features just in theory…. Revell has apologized because they do not want any troubles.

Really? Again a big fuss about nothing. If Revell had just corrected the text, it would be ok too. Anyway, I find this thing very funny and I doubt very much that children are endangered, especially given the fact that the majority of Revell's customers have certainly outgrown their childhood.

Seriously: 50 euros and online shop. What kind of a child has (a) the money and (b) the credit card, the paypal account or the bank account to buy it online?

'Let Him Have Fun': Lavrov on Johnson's Russia-Nazi Germany Comparison