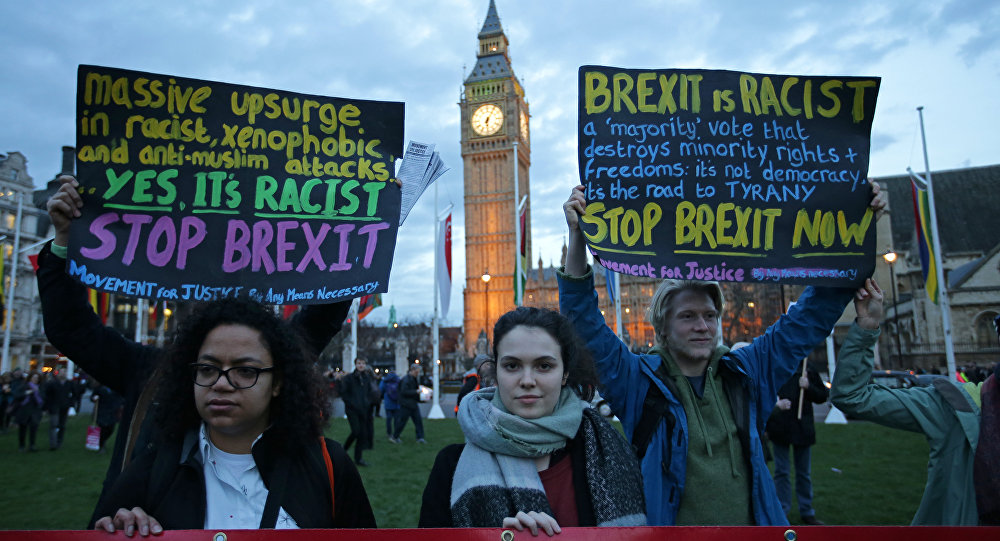 UK Government 'Statement of Intent' Due on Status EU Nationals

While promising to end the free movement of people between Britain and the EU, Prime Minister Theresa May has also undertaken to create a new legal status for the millions of Europeans who now call the UK home.

The British government is this week due to issue a formal statement introducing a new immigration category of "settled status" for the 3.4 million EU citizens currently resident in the United Kingdom, almost exactly two years after the referendum result that saw 52 percent of the British public vote to leave European Union.

If your at #UNDC18 this week visit our stall to inform yourself on #citizensrights in case of Brexit and how it affects your EU coworkers & colleagues. pic.twitter.com/z69wtZ895g

Any reason we should trust May? She lies to her own MPs, and without ECJ protection anything she says can be revoked later.

None whatsoever. Please sign and retweet to emphasise and publicise UK Government lack of trustworthiness. https://t.co/1XMZXHMoqj

"The 3million," a grassroots activist group which claims to lobby for the rights of EU nationals in Britain has repeatedly criticised the lack of clarity provided by the government on the nature of this new immigration category, despite Mrs. May's pleas throughout 2017 in which she implored European residents to remain in the country after it has left the EU in 2019.

"We will of course comment on it, but our main message to the government is that if they genuinely want EU citizens to stay they must remove all barriers in the registration process and make it free," said representative Nicolas Hatton in a statement to the British press in anticipation of the announcement.

© AFP 2019 / Tolga Akmen
UK PM Vows Measures to Reassure Immigrants of Their Rights Amid Windrush Scandal
The potential vulnerability of foreign nationals in UK to deportation has become increasingly politically damaging to the government in the wake of the Windrush Scandal, where the descendants of thousands of Commonwealth citizens who immigrated in the post-War period had been threatened with deportation. The UK Home Secretary Amber Rudd was forced to resign as a result and calls were also made for the resignation of the Prime Minister herself who has also served in the post.
...
Reddit
Google+
Blogger
Pinterest
StumbleUpon
Telegram
WhatsApp
10