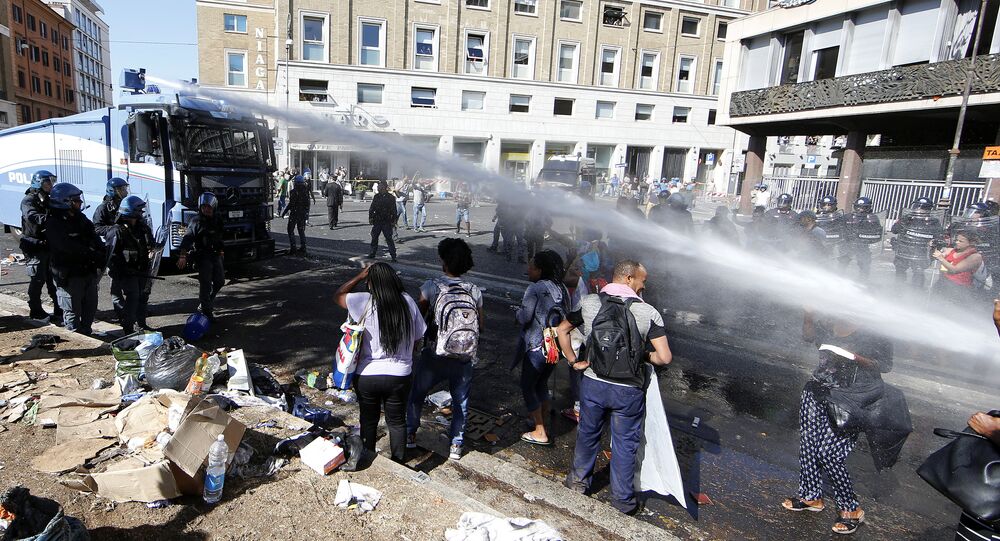 Seehofer, who is a leader of Bavaria’s Christian Social Union, on Monday gave Merkel two weeks to find a European solution to end an influx of asylum seekers, otherwise, he will order border police to turn back migrants, a challenge which the German leader accepted.

"The proposal of Mr. Seehofer is completely unacceptable due to the fact that the EU member states on the southern front like Italy and Greece would have to burden the migration on their own," Neu said.

According to the German lawmaker, if the interior minister would try to defy Merkel, she could be forced to fire him in a move that could potentially lead to a "huge government crisis in Germany and within the EU."

Seehofer has plans to send back asylum seekers registered in other EU states to these respective countries, while Merkel has been seeking more time to hammer out an EU-wide solution to Europe's migration crisis and make deals with Italy and Greece, which are the main recipients of cross-Mediterranean migrants, to take back some migrants who made their way into Germany. The CDU has asked the CSU to delay tougher rules until after this month's European Council summit.