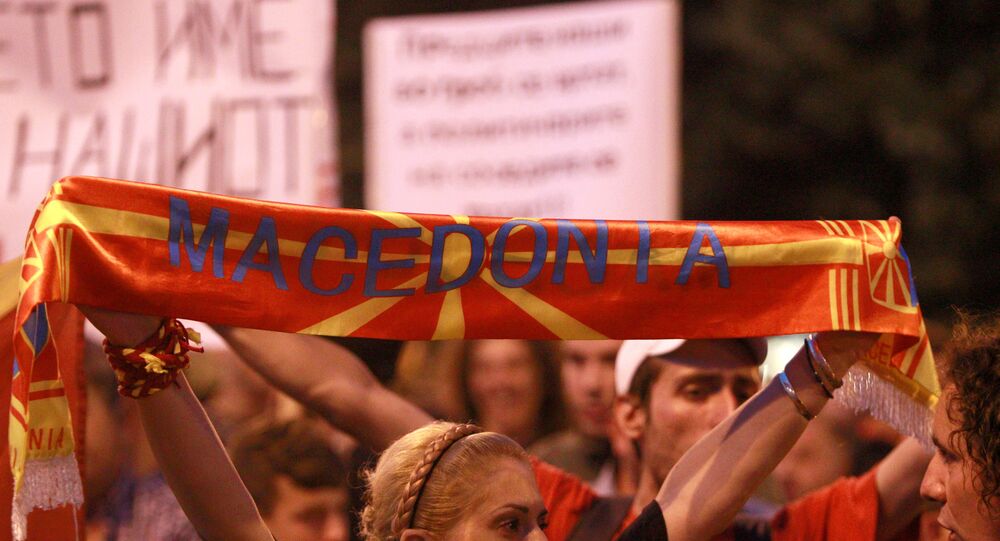 MOSCOW (Sputnik) - The recent agreement to change Macedonia's name to the Republic of North Macedonia will help ensure security in the volatile Balkans region, Dimitrios Papadimoulis, a member of the European Parliament from Greece's ruling coalition of the left (Syriza) told Sputnik on Monday.

"This agreement can open the door for EU membership. The Greek government strongly supports this option as it can secure stability and cooperation in the Balkans, i.e. a region that has long suffered by wars and ethnic clashes," Papadimoulis said.

Macedonia’s accession to the European Union remains blocked by Greece over a decades’ long dispute, where Athens has claimed that Macedonia might have territorial claims over Greece’s own region of the same name.

The spokesman of the ruling Social Democratic Union of Macedonia party told Sputnik that the signing of the agreement between Greece and Macedonia on the name change is a positive step for the two countries.

© REUTERS / Ognen Teofilovski
Athens and Skopje Signed an Agreement on New Name for the Republic of Macedonia
Papadimoulis added that the signing of the agreement will also put an end to a nationalist "frenzy" in both countries while improving bilateral relations.

On Sunday, the foreign ministers of Greece and Macedonia signed an agreement on the new constitutional name of the Western Balkan nation, which was known as the Former Yugoslav Republic of Macedonia (FYROM) since 1995.

Macedonia gained independence from Yugoslavia in 1991. In the 1995 interim bilateral accord, Greece agreed that the term FYROM would be applied to Macedonia until the dispute over potential territorial claims was settled.