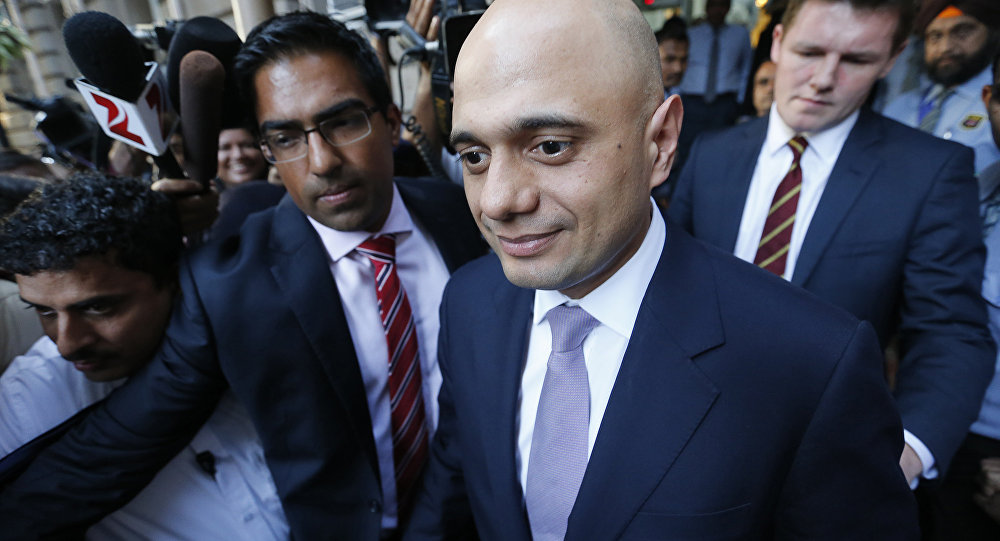 Parts of the UK have witnessed a surge in violent crime, such as stabbings, while criminals are increasingly using mopeds to commit robberies and swiftly escape with valuables, primarily mobile phones and handbags.

British Home Secretary Sajid Javid revealed on Sunday that he was a victim of moped crime and opened up about his ordeal in an interview with The Sun.

While walking and calling a taxi in North London, the minister’s phone was robbed by thieves on mopeds earlier this year.

Mr. Javid said the incident happened in a “flash” and believes he was lucky to have not been assaulted.

“Before I knew what was happening, it had gone. They just rode up, grabbed it and zoomed off. I was angry and upset but thought myself lucky not to have been stabbed or beaten up like many other victims who fall prey to these vicious criminals,” he said.

“I worry about them, especially if it’s late. We want our children to be safe. It will drive me even more to ensure no parent worries about kids out at night. Our streets should be safe at all times, you shouldn’t have to worry about things like knife or other crime.”

Genuinely saddened to hear about Sajid Javid becoming the latest victim of moped crime. A truly terrifying experience that I wouldn't wish on anybody. But you do have to ask yourself, if the Home Secretary isn't safe, then who actually is? #LawlessToryBritain

If only we had a Home Secretary, strong on law and order, who could stop this type of thing.

He has unveiled an initiative to tackle crime in London, taking aim at the issues driving the surge in violence.

Mr. Javid said it’s important to give youths an alternative and called for a ban on online knife sales, among other measures.

Last year, over 23,000 moped crimes took place in London – an average of 63 per day – while knife crime has also risen sharply in many major cities across the UK.

© Photo : Metropolitan Police
Met Police Deploy New Tactics to Fight Surge in London Moped Crime
Police chiefs, politicians and experts have attributed the ongoing crime epidemic to the Tory government’s cuts of the budgets of police forces throughout Britain, warning that tens of thousands of police officers have been taken off the streets.

The government has denied its policies are driving the crime surge and has made no indication that it will reverse the austerity measures.