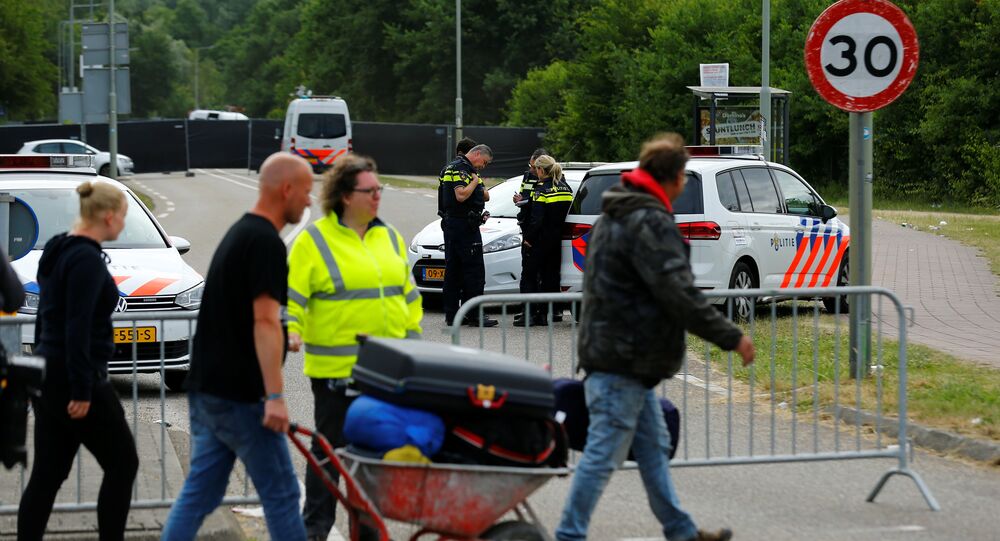 The incident took place in the early hours of Monday morning during the "Pinkpop" festival that was held in Limburg province in the southern Netherlands on June 15-17.

Dutch police said they arrested a man who had driven a van into people at the music festival.

"The police have found the white van that was involved in the incident on the Menshegger street on Monday morning. A suspect has been arrested," the statement read.

Four people were hit by a bus at a music festival in the Netherlands, local police said, adding that the incident left one person killed and three others injured.

"At around 4:00 AM, a bus rammed into four people on Menshegger Road in #Landgraaf. Three people were seriously injured and one person was killed," the Limburg police tweeted.

Dutch police are not sure yet if the bus ramming incident at Pinkpop music festival in the Netherlands' Limburg province was a planned attack, a police spokesperson for the region told Sputnik on Monday.

According to the police, the vehicle, which the local media described as a small white bus, drove away from the scene. The operation to capture the perpetrator is ongoing.

Emergency authorities have sent an alert to cell phones in the area warning people to be on the lookout for a Fiat Diablo that has 257 on its license plate.

Pinkpop is the longest-running annual music festival dedicated pop and rock in the world; it has been held since 1970. It has featured world-renown groups such as Coldplay, Rammstein, The Cure, Green Day, Paul McCartney, The Rolling Stones and Linkin Park.