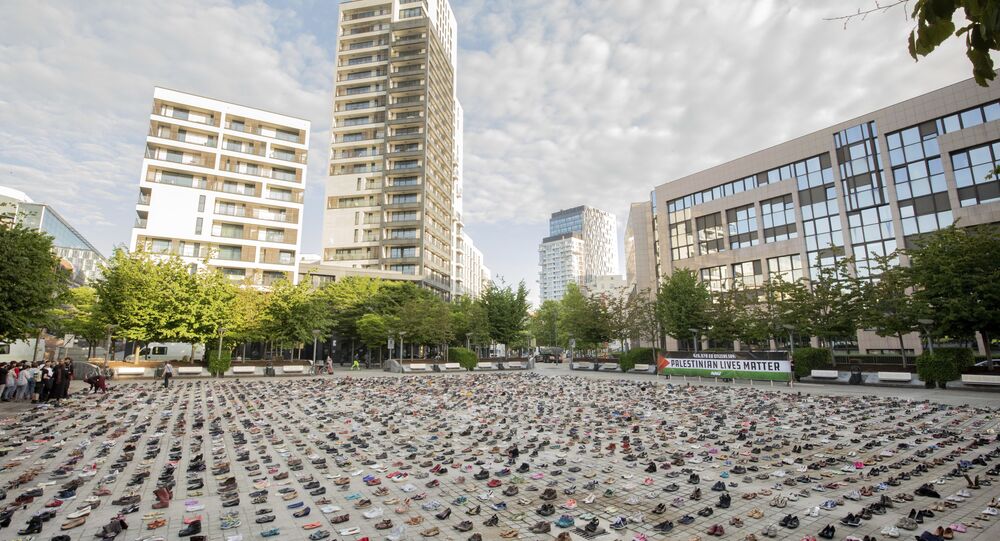 As Washington circles the wagons with increasingly isolationist rhetoric, EU nations are increasingly recognizing the need to respond.

© AFP 2020 / Tobias SCHWARZ
Trump Tariff War Accelerates Disintegration of Atlantic Alliance - Analysts
EU members noting the increasingly isolationist rhetoric of the administration of US President Donald Trump are moving to unify policy and sentiment, as pointed to by the recent exhortations of German Foreign Minister Heiko Maas who, in an earlier speech in Berlin, stated that the bloc must "change its own mentality" in a time when the world "needs more Europe, not less Europe."

In a fiery speech Maas observed that, under Trump, global relationships fostered over decades are being erased "in the time it takes to write a tweet," in reference to the US president's habit of making wide-ranging statements on US and foreign policy by use of a social media platform.

"Under President Trump, the Atlantic has become wider," Maas noted, cited by the BBC.

The German foreign minister called for EU member nations to increase cooperation, asserting that the "US administration overtly calls our values and interests into question."

Said to be partly in response to Trump's sudden withdrawal from a previously agreed-upon G7 statement of unity last week, Mass — taking a more vigorous pro-EU tone — suggested that the bloc "bundle its strength" and that Berlin engage in a "radical closing of ranks" with Paris as a means to counter increasing right-wing and nationalist political movements within member nations that are threatening governments with becoming "radicalized by nationalism, populism and chauvinism."

EU observers were quick to note the shift in the top German official's manner.

"It was a […] surprising tone for a German foreign minister to take," according to European Council on Foreign Relations (ECFR) analyst Jonathan Hackenbroich, who noted that Maas "said it himself in the speech: he [Maas] never thought he would make such a speech at some point, especially on trans-Atlantic relations," according to an ECFR tweet.

Maas also floated an EU minimum wage as a means of limiting unemployment levels in member states bordering the Mediterranean Sea, and went so far as to propose the equalization of corporate taxes across the economic bloc, a move with widespread popular support but viewed as political poison by multinational corporations operating in Europe.

The increased anger in the German foreign minister's speech is said to be in line with his support for the policies of his boss, Chancellor Angela Merkel, currently locked in a profound political struggle to reach consensus within the Reichstag and the EU on immigration and the European Stability Mechanism, two hot-button topics seen by many as driving a wedge between the bloc's member states.