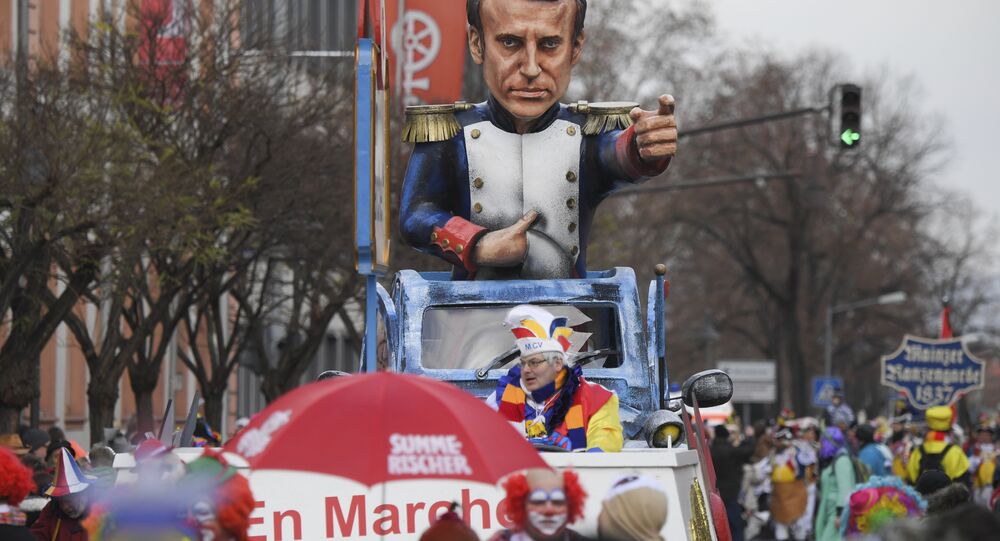 With the UK leaving the European Union, the French President is aiming at a linguistic revanche. He aspires to put his native language to the forefront as the main means of communication in the EU, as it once used to be. The idea has found powerful lobbyists at the very top of the bloc.

France’s President Emmanuel Macron has set himself on a linguistic crusade against the use of English in European Union institutions, as he aspires to restitute French domination with a number of measures, according to a Wall Street Journal report.

The outlet has cited the French leader as saying that he wants “to set some rules, to be present, and make French the language with which one has access to a number of opportunities.” His to-do-list includes more French lessons for EU officials as well as promoting its international French-speaking schools.

As his March comment on the matter revealed, these aspirations were prompted by Brexit. After the biggest English-speaking member leaves the EU, the share of those who speak it as a  first language will drop from 12.8% of EU citizens to 1.2%, with only Malta and Ireland left.

“English has probably never been so present in Brussels as when we’re talking about Brexit. This domination is not inevitable,” Macron said on the Day of Francophonie, while celebrating the French language.

Macron’s decisive rhetoric has been backed by French envoy to the EU Philippe Léglise-Costa with actions. In April the newly appointed ambassador to the bloc left a budget meeting because English was the only working language, according to the WSJ.

Apart from his diplomat, Macron found an advocate for restoring French as the main EU language in the face of European Commission President Jean-Claude Juncker, who was born in Luxembourg.

“Why would Shakespeare’s language be superior to that of Voltaire? …We are wrong to have become so anglicized,” Juncker, who prefers public remarks in German and French for official statements said on French TV.

English became the Union’s default language after the UK joined the bloc in 1973, ousting French from the leading roles. According to the bloc translating body, cited by the WSJ, 81% of EU documents are drafted in English, while paperwork in French has a mere 5% share.