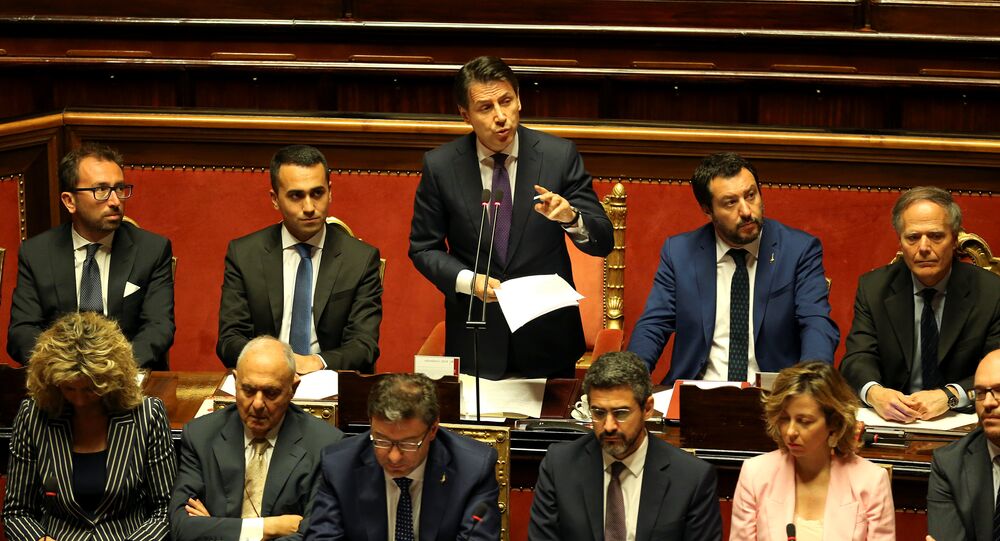 The new Italian government’s opposition to the EU’s trade accord with Canada reflects its Eurosceptic nature and threatens to upend decades of consensus in the 28-nation bloc.

Agriculture Minister Gian Marco Centinaio, a hardline member of the League party, has said that parliament would not ratify the Comprehensive Economic and Trade Agreement (CETA), which removes duties on 98 per cent of products traded between the EU and Canada, The Times wrote.

“We will not ratify the free-trade treaty with Canada. Doubts about this deal are common among many of my European colleagues,” Centinaio said in remarks published in Thursday’s issue of the newspaper La Stampa.

The minister also complained that the EU-Canada deal protects only a small part of Italy’s PDO (protected designations of origin) and PGI products (protected geographical indications) which are  vital to any nation’s agriculture sector.

© AP Photo / Emilio Morenatti
Big EU Division to Blame for France-Italy Migrant Boat Row – Analyst
Gian Marco Centinaio’s statement came at a time when the EU is still hurting from US President Donald Trump’s attacks during the recent G7 summit in Canada and trying to check the spread of populist ideas in Europe.

Even though Italy’s opposition will not affect the terms of the EU-Canada trade agreement anytime soon, it is still adding to the recent rise in anti-globalist sentiment.

The CETA free-trade agreement between the EU and Canada entered into force provisionally in September 2017 and is the bloc’s first such deal with a fellow member of the Group of Seven nations.

Even though most of the provisions of the EU’s most ambitious trade deal to date, inked in 2016, took effect last year, it still needs to be approved by all EU members’ parliaments to fully go into force.

The CETA agreement ended 98 percent of tariffs on goods at the outset and will eliminate 99 percent after seven years (each side plans to dismantle all industrial tariffs and more than 90 per cent of agricultural duties).

Markets for services and public procurement are also being opened.

Italy’s new Eurosceptic coalition government of Prime Minister Giuseppe Conte, drawn from the anti-establishment Five Star Movement (M5S) and the right-wing League, is set to set to challenge the EU’s fiscal rules and crack down on immigration.

The new government has also called on the EU to re-establish mutually-beneficial ties with Russia and lift the sanctions imposed on Moscow in wake of Crimea’s’ reunification with Russia in 2014.