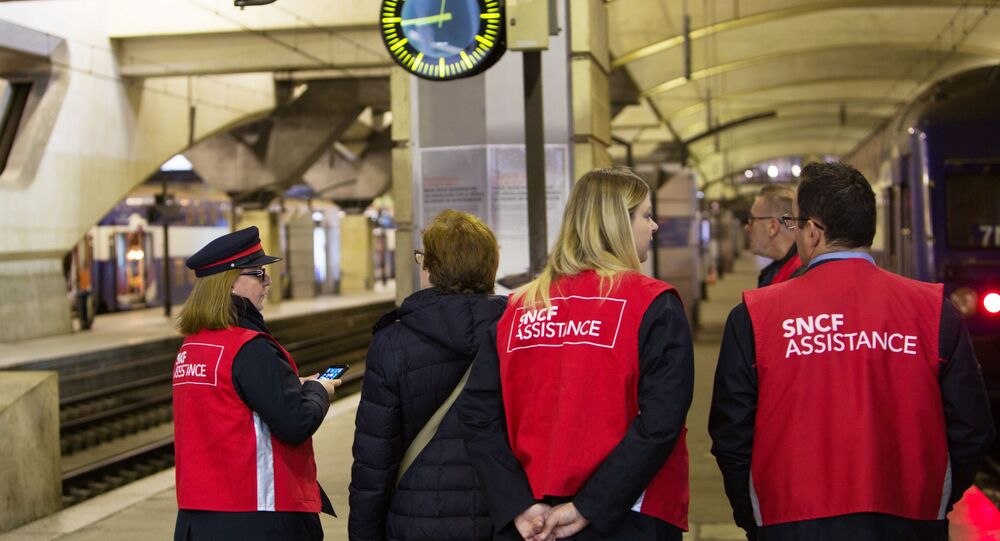 The reform of French state-run railway system (SNCF), proposed by the country's President Emmanuel Macron, has triggered strong opposition by railway workers, who have been protesting the bill since April.

The upper house of the French parliament has passed the SNCF reform, which is aimed at opening the railway market up to competition and put an end to the special status of rail workers, giving them some benefits, including early retirement. The day before, the bill was approved by a majority of the National Assembly (452 to 80).

After the law comes in force, the SNCF will become a joint-stock company, providing its management greater corporate responsibility.

The legislation, proposed by French President Emmanuel Macron, is a part of his tremendous plans to outmaneuver trade unions and to reform the economy.

© Sputnik
WATCH: Rail Workers Resume Protests in France
Commenting on the legislation, the country's Transport Minister Elisabeth Borne stated to FranceInfo radio Tuesday that the government was not going to sell its stocks.

"The government has committed itself to our rail industry as no other has before us," Borne said. "I now urge the unions to take stock of their responsibilities."

The French government stated that it was planning to write off 35 billion euros of the SNCF's 47 billion-euro ($55 billion) debt, helping the company to prepare for competition from other European operators.

The reforms have been vigorously opposed by the railway workers, who have been protesting against it since the beginning of April.