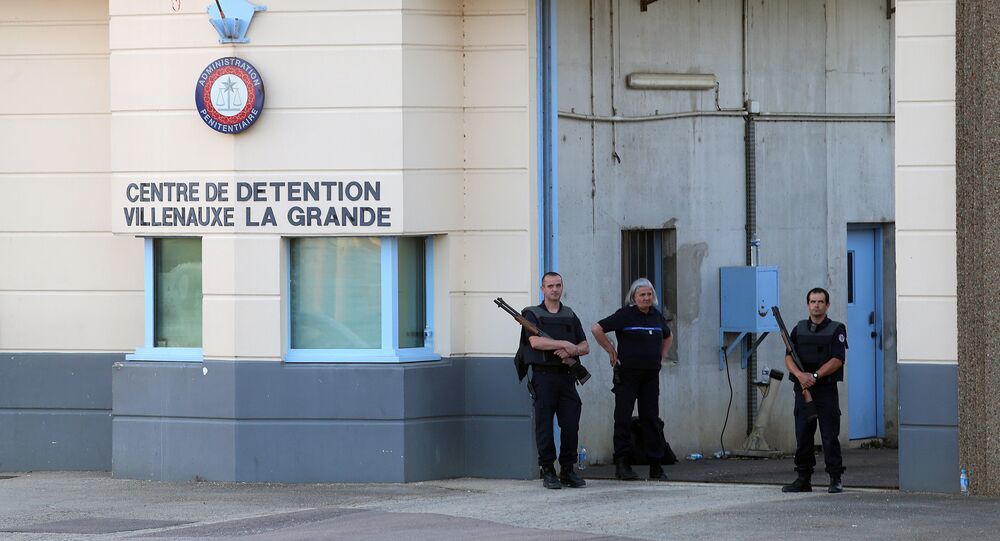 The hostage situation comes just days after a young Moroccan took at least two people hostage in a building in central Paris.

The hostage situation ended after the ERIS (Regional Response and Security Teams) held negotiations with the assailant, who was immediately taken into custody, the prison administration stated.

Earlier, local authorities stated that an assailant, a 21-yeard old detainee, had been holding a prison guard hostage, threatening him with a knife, since 8:30 a.m. local time at the Villenauxe-la-Grande detention center.

As the authorities specified, police forces from Paris and Strasbourg had been deployed to the scene, including the special units, which arrived around 10 a.m.

The local authorities have stated that the attacker was not linked to any terror group and wasn't suspected of radicalization.

The Figaro newspaper reported, citing trade union sources, that the detainee, a Romanian national, had been imprisoned since August 2016 for theft, was armed with a fork and called for his transfer to another prison.

According to the media, the prisoner was to be released in July but had his detention prolonged until April 2019 "following a new sentence", which he has been serving since June 14.