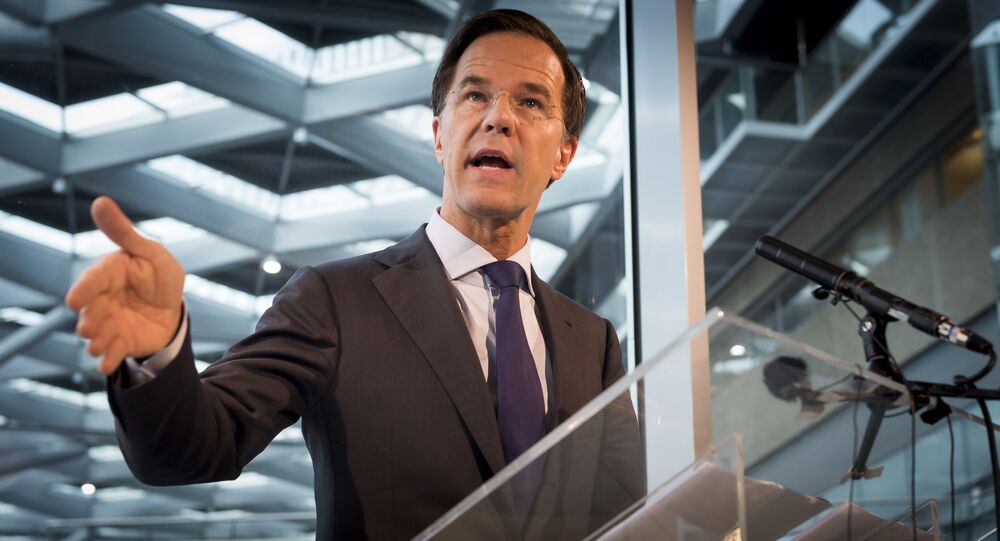 More EU is Not the Answer to Problems, Closer Union is 'No Goal' – Dutch PM

Outlining his views on the future of the 28-member bloc in the European Parliament, Dutch Prime Minister Mark Rutte has argued that the EU should “under-promise and over-deliver” to show the value and the true purpose of the union.

In a passionate speech, Rutte highlighted the need to boost unity within the European Union in the face of a fast changing world, at the same time noting that it’s not about tighter integration, but rather improving the EU.

“More and more is not the answer to the problems people have in their daily lives. For some, even closer union is still a goal in itself. Not for me. ‘Unity’ and ‘even closer union’ are not the same. The EU needs to under-promise and over-deliver, because focusing on core tasks will promote the Union’s effectiveness, strength and identity,” he said.

The Dutch PM, who previously denounced the European Commission’s post-Brexit budget, saying that “a smaller EU means a smaller budget,” preferred to stay committed to his stance, emphasizing that to the Netherlands, which remains one of the biggest contributors to the bloc, “it’s only logical that the budget should shrink” after the UK’s exit.

“And within that smaller budget it’s only logical that wealthy states should pay more – but not disproportionately so. The Netherlands is willing to pay its share, but countries with a comparable level of prosperity must make a comparable net contribution per capita. Member-states’ financial contributions need to be proportionate and reasonable,” he told the audience.

Rutte also shed light on the fact that the bloc and the Eurozone were not ready for another economic crisis.

“The basic promise of the euro was that it would bring us all greater prosperity – not a redistribution of prosperity. That together we would achieve greater affluence. The pleas now being made to establish a transfer union fly in the face of this promise,” Rutte stated.

He went on to say that the currency zone did not need a budget of its own, because “we already have hundreds of billions of euros available in the EU budget,” which could be used to boost economic performance for all.

The largest net contributors to the European Union have spoken out against the European Commission since it unveiled its post-Brexit budget for 2021-2027, worth nearly 1.3 trillion euros. While the Commission has called for an increase of the EU budget to 1.18 percent of member-states’ economic output from the existing one percent level, the European Parliament has set a goal to boost it up to 1.3 percent after the UK pulls out from the bloc.