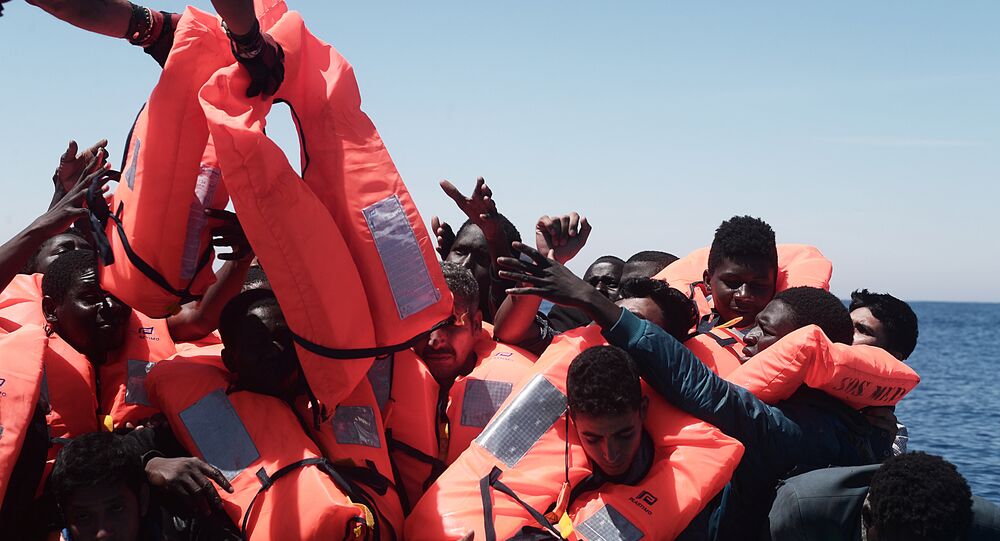 "Following yesterday’s the statements of Paris over the Aquarius issue, the Minister of Foreign Affairs and International Cooperation Enzo Moavero Milanesi summoned the ambassador of France to Italy to the foreign ministry this morning," the Italian Foreign Ministry said in a statement on Wednesday.

According to AFP news agency, citing a diplomatic source, the French ambassador will be received at 10:00 am (0800 GMT) at Farnesina, the seat of the Foreign Ministry in Rome.

Later the Reuters news agency reported, that the Italian Foreign Minister Enzo Milanesi told the French ambassador, that the criticism was unjustified and "compromising" relations between the countries.

"The Minister of foreign affairs stated that the Italian Government considered the words used in the public statements made yesterday in Paris, including at the government level, regarding the issue of Aquarius ship, unacceptable. Minister Moavero clarified that such statements jeopardize relations between Italy and France. The tone that was used — the minister continued — was unjustifiable, given that for many months by now our country has been publicly denouncing the unsustainability of the current situation of the lack of action and coordinated and cohesive approach at the European level to the management of migrant flows, with respect to which Italy has never pulled back," the ministerial statement read.

The statements concerning Aquarius from France are surprising," the Italian Council stressed, adding that Rome won't tolerate receiving "hypocritical lessons from countries that preferred to divert the head "on the migrant crisis.

In response, French Foreign Ministry spokeswoman Agnes von der Muehll said at a daily briefing that Paris was "committed to the dialogue and cooperation" with Rome on the issue.

"We are perfectly aware of the burden that migration pressure has on Italy and the efforts this state is making. Clearly, none of the statements made by the French authorities question that, as well as the necessity to have straightforward cooperation between the Europeans," she stated.

The spokeswoman also said that the problems of mass migration would be at the heart of the meeting between Italian Prime Minister Giuseppe Conte and French President Emmanuel Macron, which was expected to take place on Friday.

© AFP 2021 / ANDREAS SOLARO
'Under Attack From the South' - Dep. PM Wants NATO to Defend Italy From Migrants
However, it is also reported, that following the immigration row Italian economy minister Giovanni Tria canceled a meeting with French counterpart Bruno Le Maire, while Italian prime minister Giuseppe Conte was threatening to call off the summit with the French president. According to the La Stampa newspaper, Conte said, he demanded an apology call from Macron for his statement.

On Tuesday, Macron accused Italy of "cynicism and irresponsibility" over Rome denying entry to the ship carrying more than 600 migrants, rescued in the Mediterranean sea by the German branch of the SOS Mediterranee NGO. Spain allowed the ship to dock in Valencia after Italy's and Malta's refusals.

Addressing the issue, Italian Interior Minister Matteo Salvini in his speech to the Senate, claimed that France had only taken in 640 migrants, instead of 9,000 it had previously promised, demanding that Paris move from "words to action and offer a sign of generosity" by taking more in.

© REUTERS / Stefano Rellandini/File photo
Italy Denies Entry to Another Migrant Rescue Ship - Interior Minister
Italy’s new coalition government is taking a hardline policy on migration, as Europe is struggling to negotiate refugee quotas and a common European framework to share responsibility for migrant arrivals. Previously, minister Salvini has said that Italy can not be Europe's "refugee camp" while the neighboring countries close borders and defend its frontiers with weapons.

Since 2015, Europe has been experiencing its worst migration crisis in recent history, struggling to accommodate hundreds of thousands of refugees and migrants fleeing hostilities in the Middle Eastern and North African countries. According to the UN estimates, over 30,000 migrants and refugees arrived in Europe by sea since the beginning of 2018. Over 13,000 of them arrived in Italy, making it one of the countries most hit by the migrant crisis.