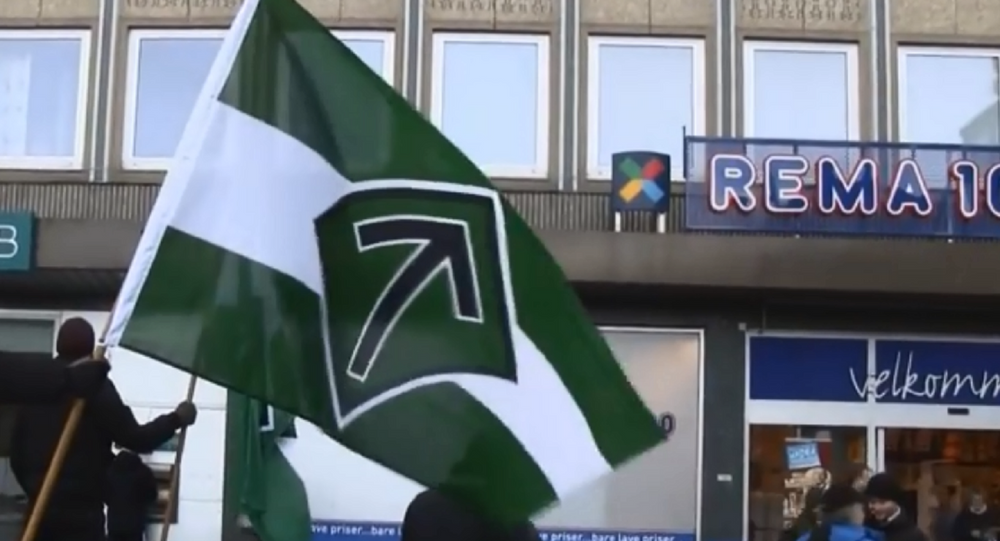 Around midday Friday, a band of 15 to 20 neo-Nazis rallied outside Tumba High School in Stockholm, Sweden – only to be driven away by teachers at the school.

Several calls were made to police regarding neo-Nazis from the Nordic Resistance Movement (NRM) outside of the school's building, police and to a member of a security company that responded told Mitt i Stockholm..

Witnesses say that the NRM members lit flares, carried flags and shouted for immigrants attending to the school to come out, screaming that they were tired of immigrants in the country. The NRM members' flags were emblazoned with the phrase "We are Sweden," according to a student who attends the school but did not personally witness the rally.

Michael Åkerholm, a member of an emergency unit in Botkyrka Municipality in Stockholm County, told Mitt i Stockholm that his security company sent guards to the school.

"The staff, together with the students, did a great job. They did not feel provoked but kept calm and did not go out," Åkerholm said, adding that his company would continue to be stationed there for the remainder of the school day.

Police said that teachers drove a number of the neo-Nazis away and more left when officers arrived. The NRM members then drove to Salem, another municipality in Stockholm county.

Officers were able to obtain the hate group's license plate numbers and alerted municipalities in the area to the threat.