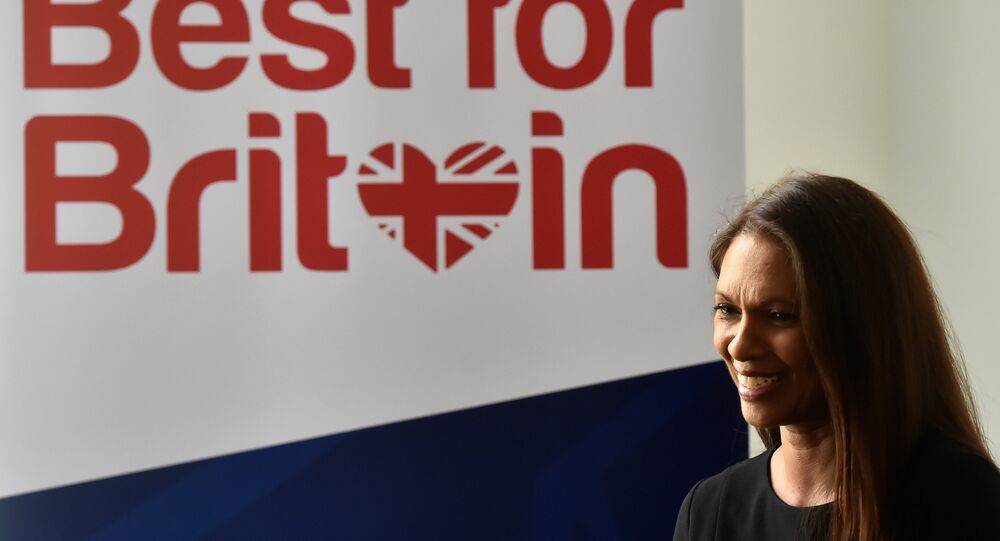 MOSCOW (Sputnik) - The UK Best for Britain campaign, promoting the reversal of the UK withdrawal process from the European Union, has launched a motion for a new referendum on the Brexit final deal, according to organization's website.

"In 2019, a different kind of people’s vote campaign must be fought, without the mistakes of the past. We cannot have a re-run of the 2016 vote. It must be a vote the like of which Britain has never seen before: with more stringent rules on digital campaigning, and citizens’ assemblies used to inform and encourage debate… A people’s vote must be held before March 29, 2019, to decide our country’s future," the organization said in its roadmap.

The Best for Britain called on the country's Prime Minister Theresa May to present her clear proposals in autumn on the country's future after the withdrawal, as it was unacceptable "to hold the country hostage" of internal governmental divisions.

© REUTERS / Russell Cheyne
Hollyrood v Westminster: Power Women Clash on 'Opportunistic' FM Boris Johnson
The proposals might be endorsed by the European Union, and after that, they should be subjected to vote in the parliament, according to the roadmap.

The Best for Britain campaign is partially funded by Hungarian-US billionaire George Soros, a vocal opponent of Brexit.

The United Kingdom voted to leave the European Union in a referendum in 2016. The Brexit negotiations officially kicked off in June 2017 and are expected to be completed by the end of March 2019.

Despite what the parties called a breakthrough in the negotiations in March, when they managed to agree on significant issues, such as the transition period, they have noted a lack of major progress after their talks in April.