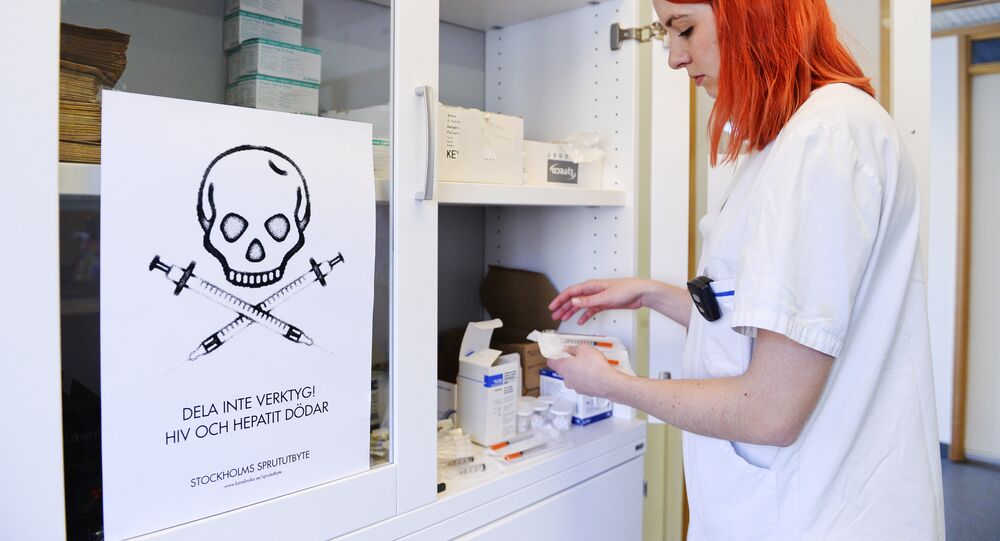 In a precedent-setting ruling, the Supreme Court of Sweden ruled that "thorough treatment" minimized the risk of infection, thus making a dent in the divulgence requirement for the HIV-positive before having unprotected sex.

Sweden's Supreme Court has acquitted an HIV-infected man of exposure to the risk of transmission, national broadcaster SVT reported.

The man previously had unprotected sex without warning his male partner of his serological status or the consequences thereof, and was charged with endangering the other man's health and exposing him to the risk of serious illness. In 2013, the man was given a written ruling from his physician to inform his potential sex partners of his serological status and always use condoms for all forms of intercourse. The prosecutor accused the man of gross negligence for failure to do so on several occasions.

The Supreme Court, however, acquitted the man, citing a certain risk level to be required for the case to be classified as "exposure to danger." Citing several extensive international studies, the Supreme Court ruled that a "stable HIV treatment," which is defined by the virus continuously kept at an undetectable level, leads to a "minimal" risk of transmission. In this case, all the requirements were met, the court stressed. By contrast, people living with HIV who fail to take their medication can still be convicted.

The defense called the verdict "fundamentally important," suggesting it would have far-reaching consequences as it implied a change in the established practice.

"It has been established that there is no real danger of infection in such cases, but there are specific requirements to be met," defense attorney Stefan Wallin told SVT. According to Wallin, the judgment will lead to a de-stigmatization of HIV-positive people.

The verdict also received a round of applause from the Swedish Association for Sexuality Education (RFSU), the Swedish Federation for Lesbian, Gay, Bisexual and Transgender Rights (RFSL) and HIV Sweden, whose leaders welcomed the ruling in a joint statement.

"The verdict means that people living with HIV won't be prosecuted and convicted in the future, as in principle all those living with HIV in Sweden receive treatment," RFSU sexual policy expert Andreas Berglöf said, stressing "unjustified fears" associated with HIV.

RFSU chairman Hans Linde said the judgment was "long-awaited" as it would provide "increased legal protection" to the HIV-positive.

RFSL chairperson Sandra Ehne stressed that Sweden had a "dark history" of prosecuting people with no risk of HIV transmission, voicing hopes for a change.

The number of people living with HIV in Sweden has been estimated at around 12,000. About 83 percent of them receive anti-retroviral treatment.