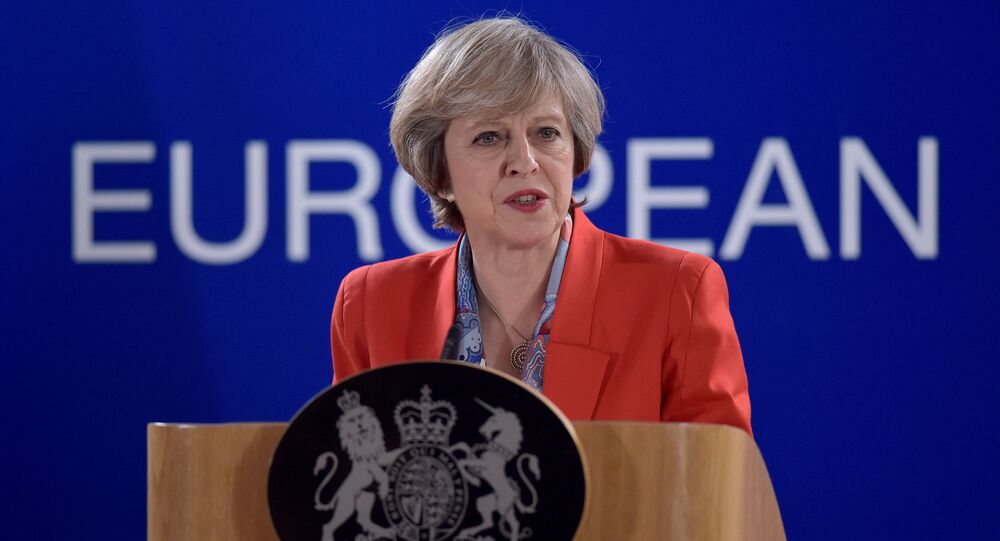 UK Prime Minister Theresa May will use the G7 summit in Canada to sound out fellow leaders on a multinational rapid reaction force to counter Russia’s alleged aggression, US media said.

The Russian Embassy in London reacted to the proposal of a new anti-Russian bloc, the creation of which British Foreign Secretary Boris Johnson allegedly intends to discuss at the forthcoming G7 summit.

Is there anything the UK Government can offer its partners other than confronting Russia? pic.twitter.com/ahsiP9Qmys

​The plan was reportedly divulged by British Foreign Secretary Boris Johnson to a closed-door meeting of Conservative activists at a dinner on Wednesday. Buzzfeed News said it had the recording.

"She will be putting forward a British plan that will have global support to set up a rapid response unit to identify Russian malfeasance… whether it’s cyber warfare, assassinations, calling it out and identifying it," he was quoted as saying.

© REUTERS / Fred Thornhill
Italy May State Opposition to Russian Sanctions at G7 Summit in June - Source
On Monday, UK lawmaker Bob Seely said in a report published by the Henry Jackson Society think tank that the Western countries may be facing a conflict with Russia, including alleged use of hybrid warfare, such as hackers and Internet trolls along with "politically-connected business executives, spin doctors, paid-for protestors" for the "foreseeable future."

Bob Seely also noted that some of the methods, allegedly employed by Russia, have been supposedly used by China and Iran as well.

May is expected in Charlevoix in Quebec on Friday for a meeting with Canadian, French, German, Italian, Japanese, and US leaders. Earlier this year, she blamed Russia for a poisoning of ex-spy Sergei Skripal in Salisbury and ordered 23 Russian diplomats out of the country. Russia denied any alleged involvement and responded in kind.

Russian officials have also repeatedly pointed out that strong anti-Russian sentiment is being promoted in Western countries.