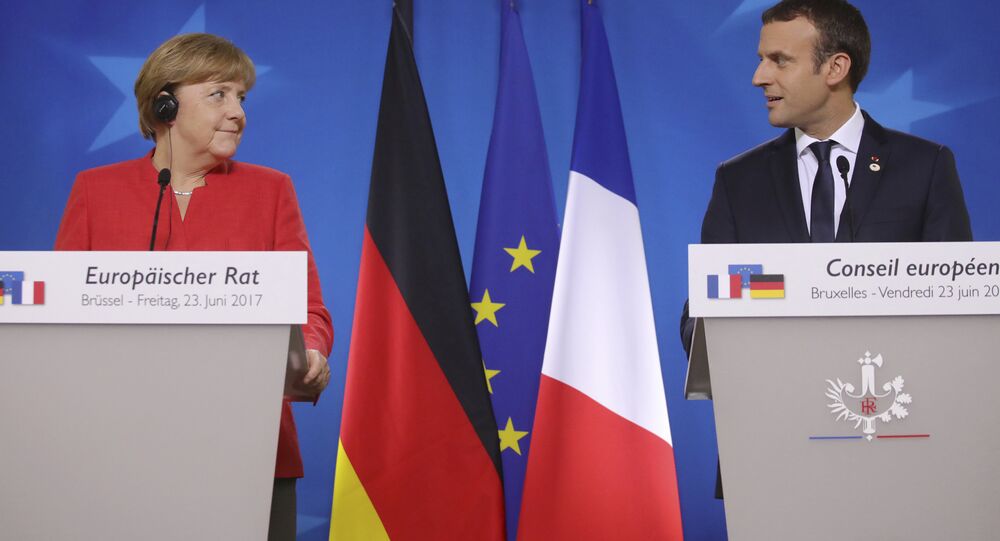 German Chancellor Angela Merkel stated that the country needs to be ready to compromise with France on eurozone reforms, indicating her willingness to negotiate three weeks before a European Union summit at which reform plans are due to be debated.

In an interview, Merkel gave a detailed response to French President Emmanuel Macron's ideas for reforming Europe, seeking to avoid a damaging split with Paris at a time of anxiety over Italy and expanding transatlantic tensions.

"With these reforms, it will only work with compromises. I personally don't see such extensive pots of funds that should be managed at intergovernmental level as the French proposals envisage," Merkel emphasized, talking to German broadcaster WDR.

Angela Merkel and Emmanuel Macron are to present a common plan for eurozone reforms at the next European Council on 28 and 29 June.

© REUTERS / Gonzalo Fuentes
Merkel Backs Macron's Proposal on European Defense Force
A Franco-German Council is scheduled for June 19 at the castle of Meseberg, north of Berlin.

Merkel earlier expressed her support for the French president's plan to create a joint European military force and commented on his aspirations to strengthen the EU in an interview, saying that  the top priority, "in addition to a common foreign and defense policy and a common asylum and development policy," is for Europe to remain "economically strong and innovative."