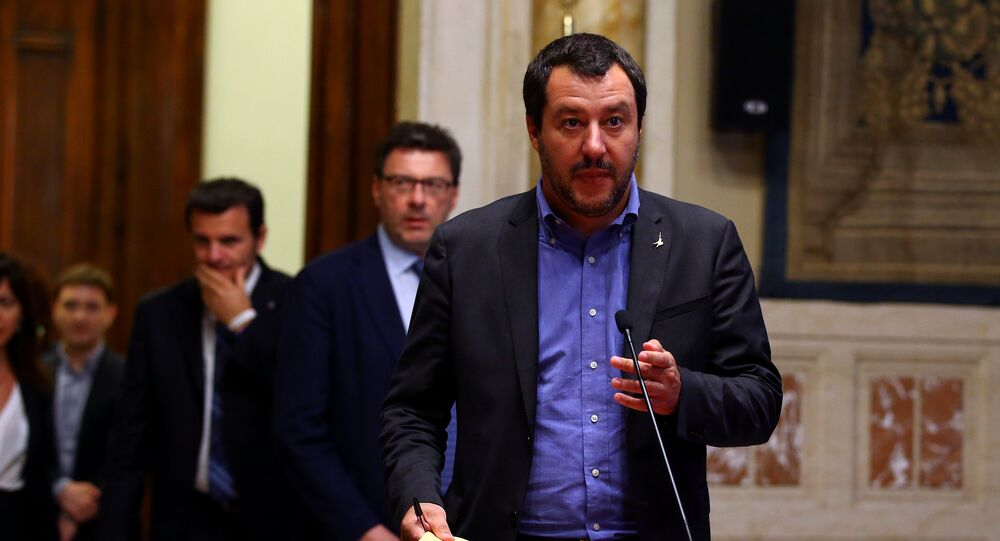 Italian Prime Minister Giuseppe Conte won a confidence vote in the lower house of parliament on Wednesday, confirming his government's majority. While 350 members of the Chamber of Deputies upheld the cabinet, 236 parliamentarians voted against it, and 35 lawmakers abstained from Wednesday's vote.

The Italian prime minister, backed by the Five Star Movement and the League parties, won an initial vote in the Senate, the upper chamber of Parliament, on Tuesday and can now launch his coalition program, which includes tax cuts and judicial reform.

The cabinet proposal was, however, at first rejected by Italian President Sergio Mattarella due to his disagreement with the candidacy of economist Paolo Savona for the position of the finance minister, due to latter's criticism of the EU single currency.

Mattarella subsequently gave a mandate to economist Carlo Cottarelli to form a caretaker government that would be in power until the snap general election. This move prompted public criticism and calls on the president to accept the League-M5S government.

League leader Matteo Salvini is the interior minister, while M5S leader Luigi Di Maio holds the position of the minister of labor and economic development in the new cabinet. The two politicians also got the posts of deputy prime ministers.

The country held parliamentary elections on March 4, which resulted in the M5S securing more than 32 percent of the vote.

The Democratic Party won about 20 percent of the vote. None of the parties obtained a majority, which is required to form a one-party government.

Last week, a coalition of the Five Star Movement (M5S) and Lega managed to form a government, following weeks of talks. Their coalition agreement stipulates, among other issues, the lifting of anti-Russia sanctions and for Moscow's reinstatement as a strategic mediator of the Syrian, Libyan and Yemeni crises.