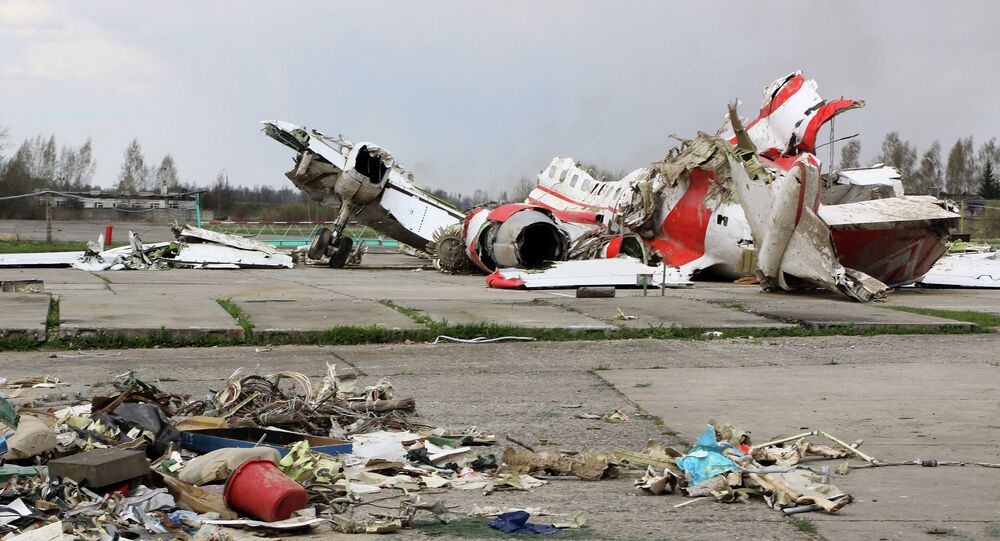 WARSAW (Sputnik) - The Polish commission responsible for the re-investigation into the 2010 plane crash near Russia's Smolensk, in which then Polish President Lech Kaczynski died, said on Tuesday it had found traces of explosives on the wreckage of the aircraft and on the body of one of the victims of the accident.

"Traces of explosives were detected on many pieces of the Tu-154M plane as well as on the body of at least one of the victims," the commission said as quoted by the Polish Press Agency (PAP).

Meanwhile, the commission stated that the samples of soil collected at the site of the aircraft crush did not contain traces of any explosive substances.

© Sputnik / Oleg Mineev
Russian Investigators Deny Polish Claims Kaczynski's Plane Exploded in 2010
Former Polish National Defense Minister Antoni Macierewicz, who is currently heading the commission, has repeatedly stated that the plane's crash was triggered by explosions on board. However, the commission has not confirmed this suggestion in its report in October.

Commenting on claims that Russia might bear responsibility for the accident, Russian President Vladimir Putin has argued that the explosives might have been taken aboard in Poland and recalled that findings of the first Polish commission into the plane crash said that the pilots' erroneous actions could have been the cause for the tragedy.

On April 10, 2010, a Russia-made Tu-154M passenger plane carrying Kaczynski, his wife, and a number of high-ranking Polish officials crashed as it attempted to land at an airfield covered in heavy fog near Smolensk. None of the 96 passengers aboard the plane survived.