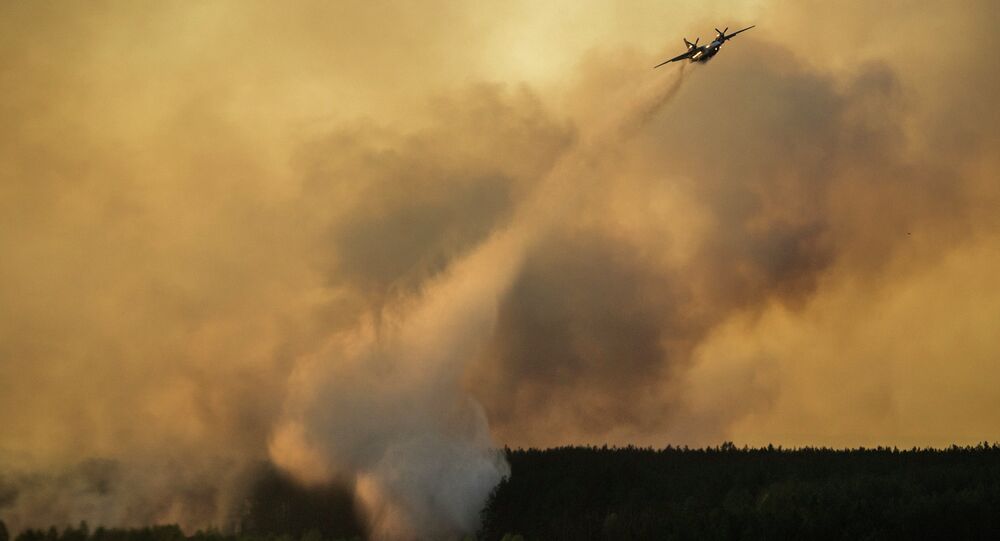 Fires occur regularly within 30 kilometers exclusion zone around the former nuclear plant, with one of the biggest taking place in 2015 and covering 400 hectares.

Ukrainian authorities reported on June 5 that a fire had broken out in the exclusion zone around Chernobyl. According to the authorities, the fire covered 10 hectares of the so-called "red forest" and began as the result of prolonged drought and high temperatures in the region.

Ukrainian Prime Minister Volodymyr Groysman wrote on his Facebook page that "the situation is fully under control" and that the fire doesn't threaten the nuclear plant. He also notified that radiation levels are within acceptable margins.

The "red forest" is a forest consisting mostly of pine trees near the nuclear plant and took the first and heaviest hit of radioactive fallout after the Chernobyl disaster. All its trees died from the extreme radiation within a day of the incident, turning red and ginger-brown. It was bulldozed, buried and a new forest was seeded in its place.

Despite the burial of the trees, the zone is still heavily contaminated with radionucleotides. According to a Russian scientist from Tomsk Polytechnic University, Leonid Rikhvanov, fires in a forest like this carry the threat of a secondary spread of radioactive fallout into the atmosphere.

The explosion of Chernobyl's reactor in 1986 is considered to be the worst disaster in the world involving a nuclear power plant. It led to the contamination of vast tracts of land in Europe, with the USSR suffering the biggest hit.