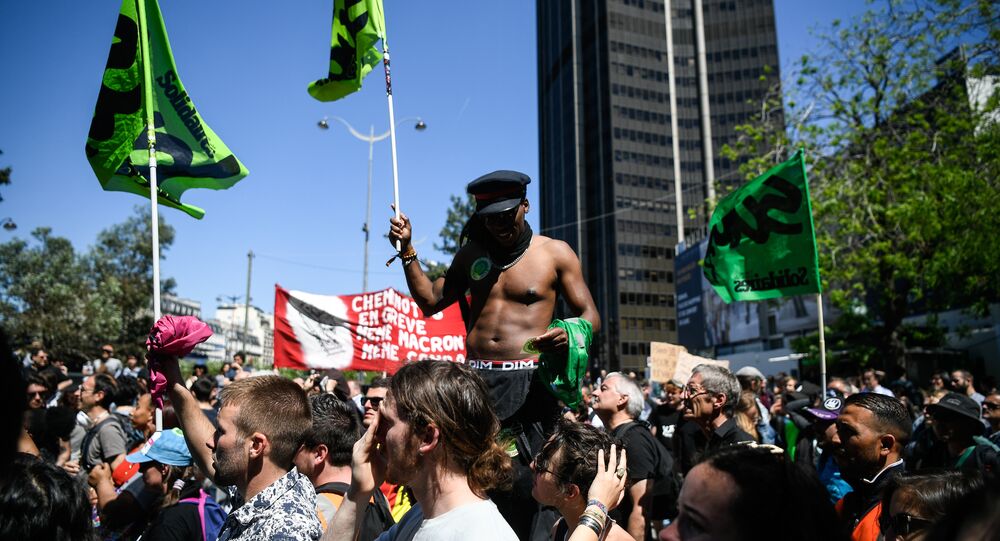 PARIS (Sputnik) - The French Senate on Tuesday approved the government's project to reform the state-owned railway operator SNCF amid workers' protests. The draft law was backed by 240 senators, while 85 voted against it.

The project has already been approved by the lower chamber of the parliament, the National Assembly.

The reform aims to introduce competition to the sector currently monopolized by the SNCF, stop giving a special status to new workers and change the legal status of the company. French trade unions are worried that the change of status may lead to the privatization of the company.

© Sputnik
WATCH: Rail Workers Resume Protests in France
The French government has repeatedly promised that the company would remain public. The government has also pledged to assume 35 billion euros ($40 billion) of the 47 billion euro debt the SNCF has accumulated. Nevertheless, the railway workers have been on a rolling strike since April. The strike is supposed to go on until June.

Recently, 91,000 of the company's employees had participated in a non-binding vote on the reform, with some 94.97 percent rejecting the move.