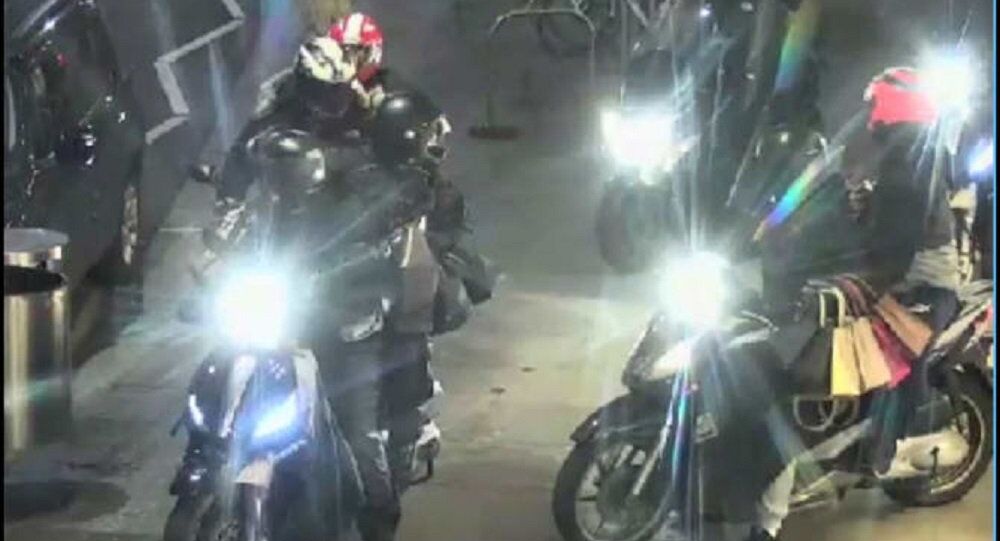 Crimes committed by people riding mopeds on London's streets have increased in the last three years fuelled by police cuts, gang violence and a surge in value of smartphones.

The number of moped related attacks or robberies shot up to 23,000 in 2017, up from 827 in 2012, with comedian Michael McIntyre becoming a recent high profile victim of the crime after his Range Rover car windows were smashed and his Rolex watch stolen.

"The victim was stationary in his car when two males on a moped smashed the car windows with a hammer before stealing property. No injuries were reported. No arrests have been made. Enquires continue," a statement from London's Metropolitan Police said.

Terrible what happened to Michael McIntyre this morning — but a shame that it takes a while male celebrity to be robbed in order for us to have a serious discussion about this kind of crime on our streets.

#GoldersGreen
Michael McIntyre and his son attacked by hammer-wielding moped gang: Millionaire comedian’s ‘£15,000 Rolex is stolen by muggers who smashed up his Range Rover as his ten-year-old boy sat in the back seat’
Pic @DailyMailUK pic.twitter.com/lGxzf9qGtC

Very important point being made by Met Commissioner Cressida Dick at @CommonsHomeAffs. Context is everything. Reduced numbers (of Police & other services) across the Country has had an effect. Austerity has made things worse.

​​​READ MORE: Manhunt for Callous Robbers Who Killed a Father for His Rolex Watch

James Treadwell, Professor in Criminology at Staffordshire University suggests the "staggering rise" in moped related crime is due to a complex range of socio and economic issues along with the ease in which robbers can mount a curb to snatch a handbag or smartphone from pedestrians.

"There is a growing market for stolen mobile phones and mopeds," Professor Treadwell writes in The Conversation, suggesting demand for batteries and screen to be used as parts makes them worth stealing.

Police in London deploy chemical spray with its own unique chemical code to tag suspects on whilst riding their bikes along with a remote controlled device which bursts the tires.

Rider of this stolen scooter was pursued by TPAC units & brought to a stop in Hornsby Rd using tactical contact. He still did a runner but was brought down & arrested

No wonder he ran. Stolen bike, drugs & a large knife means he will be staying with us @MPSIslington @MPSCamden pic.twitter.com/73mXr8osvm

​Technology is also being used by offers on the front line who are tasked with combating moped crime. Two constables working in north London carry tablet computers which pinpoint crime hotspots and enable the officers to record crimes in real time on the police intelligence system.