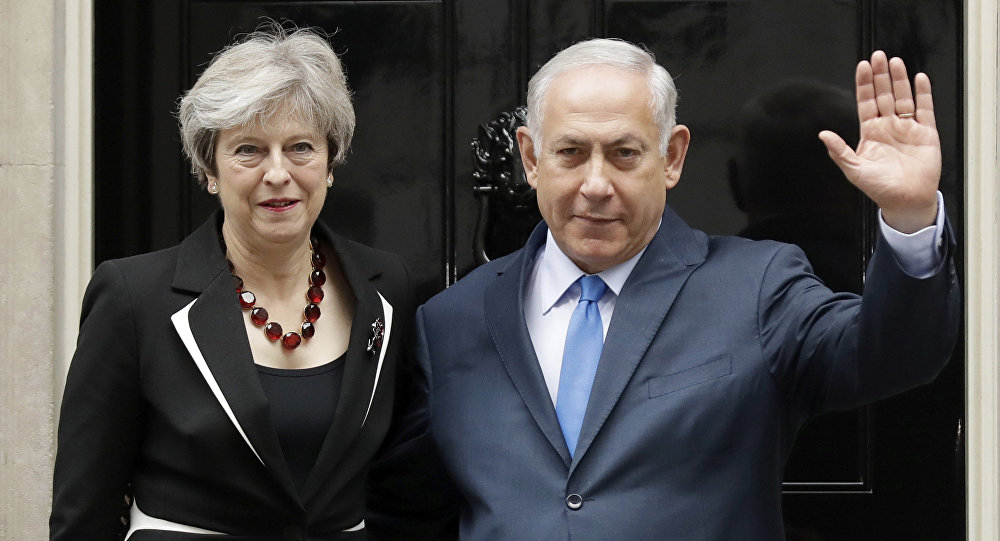 'UK's Had Israel's Back' for Long Time - Academic Amid Netanyahu's Visit

The bilateral relations between Britain and Israel have seen their ups and downs, triggered by a number of recent and ongoing events. Sputnik spoke to Dr. Neve Gordon, Professor of International Law at Queen Mary University of London to discuss the key items on the Israeli and British agendas.

Sputnik: The Israeli PM Benjamin Netanyahu is visiting the UK on June 6 and in three weeks, Prince William will visit Israel, despite the Buckingham Palace's long-standing policy, according to which no official visit by a senior royal would take place until significant progress on an Israeli-Palestinian peace agreement was made. Do you think the ties between the two nations are becoming stronger?

Dr. Neve Gordon: There are a number of factors that underscores the tightening of relations between Britain and Israel, connected to the geopolitical situation in the Middle East and Brexit. There is a slight change in British foreign policy in regards to the Israeli-Palestinian conflict. Israel is no longer conceived in the UK as one of the main instigators of violence in the Middle East with other conflicts taking over, particularly Syria, but also Yemen, Afghanistan and Iraq. We are seeing the alliance between UK and Israel on Syria and the question of Russian and the Iranian involvement in Syria.

The trade between Israel and Britain has deepened in the past couple of years. In terms of preparations for Brexit, the UK is trying to establish a free-trade agreement with Israel, following its exit from the EU. Together with an already robust relationship between the intelligence and military agencies and the increasing robust trade relationship — we see a change in the way Britain relates to Israel.

However, I would also like to say that the claims by some media outlets that "the relationship between Israel and Britain was once bad" are ludicrous. Britain has consistently supported Israel and has not been a vocal critic. From time to time, Britain has spoken against Israeli policies at the United Nations but not against Israel. Ultimately, the UK has had Israel's back even before the state was established, so to portray it as if there was a change of heart in British foreign policy is in my view ridiculous.

Sputnik: When it comes to Iran, Angela Merkel, Emmanuel Macron and Theresa May have all opposed to the US leaving the 2015 nuclear accord, a move Netanyahu had lobbied for. Also, earlier in May, the UK PM's spokesman said that Britain has no plans to move its embassy from Tel Aviv to Jerusalem and disagrees with the US decision to do it. How do these developments affect the British-Israeli relations?

Dr. Neve Gordon: The move of the embassy as the leading European countries claim will only intensify existing frictions lead to bloodshed. It has been proven they were right and therefore they were against this move. It is the criticism of Israel but it's more a criticism of Trump's gesture towards Israel.

READ MORE: UK Has no Plans to Move Embassy to Jerusalem, Disagrees With US on Issue — May

Iran is a very different issue and has to do with the fact that Israel sees it as an Israeli issue but the UK sees it as the proliferation of the nuclear arms in the Middle East, which is a much broader conception of the problem. When Israel is set to have 200 nuclear warheads, it becomes difficult to criticize other Middle East countries that also want the bomb. One way to get out of this would be to call for non-proliferation throughout the Middle East.

What we see in the Iranian case, the military establishment not only in the UK, Germany, France, but also in Israel and the US believe that having a nuclear arms deal with Iran is better than not having one and it was the politicians who wanted to rally the constituencies and unravel this deal.

READ MORE: Germany, UK, France to Remain in Nuclear Deal While Iran Adheres to It — Merkel

Sputnik: What will be Netanyahu's main goals be during the meeting with the UK PM?

Dr. Neve Gordon: The two main issues that will be discussed are Syria and Iran and the connection between the two. Netanyahu wants support from Theresa May in that Iranian forces must exit from Syria. This has to do with the frosty relations between Russia and the UK at this moment, whereby the Russians are supporting the existence of Iranian troops in Syria.

Israel can press on UK's animosity towards Russia and ask it to join the coalition demanding the exit of Iranian troops from Israel, which may lead later to Security Council discussion of the topic. I might add it is a probably a good thing. The problem of Syria is not Iranian troops but the intervention of 7-8 other countries in the conflict. Syria has become a sight where numerous actors are fighting their wars at the expense of the Syrian population.

He wants to convince her — and I doubt he will be successful — to join the forces to unravel the Iranian nuclear arms deal. Along the way there might be discussion of military trade. 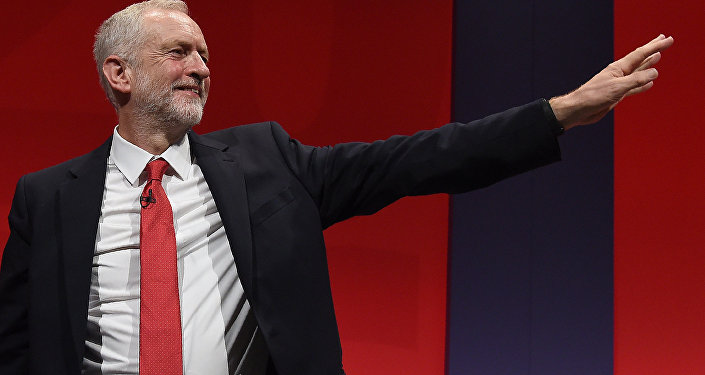 Sputnik: What about Theresa May's interests when it comes to discussions with Israel?

Dr. Neve Gordon:  What Theresa May needs from this meeting is much less than what he does. One of the things is to nail the notion of establishing a free trade agreement following Brexit.

The other issue is the internal fight between the Tories and the Labour and the whole issue of anti-Semitism within the Labour party. Playing on that, May could show the Jewish population and supporters of Israel in Britain and that there is a strong alliance between the Tory government and Israel in order to gain more votes from these people in the future elections.