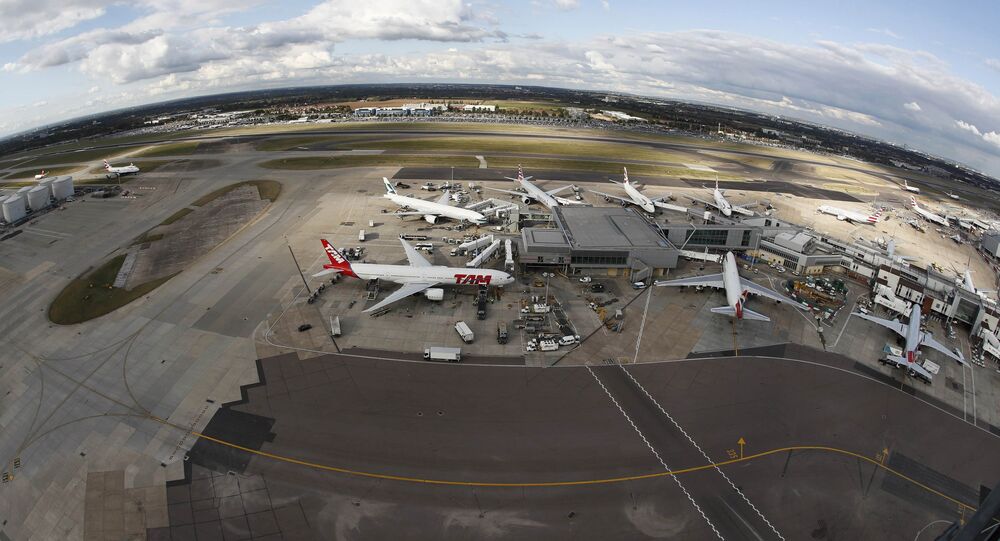 As Heathrow Expanded, Will Boris Johnson 'Lie Down In Front of Bulldozers'?

The British government has given the go-ahead for a third runway at London's Heathrow airport after years of indecision. But the decision leaves Foreign Secretary Boris Johnson, a long-time opponent of Heathrow, at loggerheads with Prime Minister Theresa May.

Transport Secretary Chris Grayling told Parliament on Tuesday, June 5, it was a "historic moment" and the decision had been taken in the "national interest."

He said the decision, taken by the government's economic sub-committee, would boost the British economy and create thousands of jobs.

But Conservative MP and former transport secretary Justine Greening said the plans were "ill-conceived" and she said the runway would cost £18 billion (US$24 billion) with a further £15 billion (US$20 billion) spent on roads and infrastructure, including putting  the M25, London's orbital motorway, into a huge tunnel under the runway.

Didn’t Boris promise to lie down in front of the Heathrow third runway bulldozers? Isn’t that too good an opportunity to miss? Send them in, Theresa!

Boris Johnson said he would "lie down in front of the bulldozers" if the plan to build a third runway at #Heathrow goes ahead. Sadly I suspect that will be another one of his promises that gets broken. pic.twitter.com/BzO4W4355X

One of the most prominent opponents to the third runway is Foreign Secretary Boris Johnson, who is the MP for nearby Uxbridge and South Ruislip and is on record as saying he would "lie down in front of the bulldozers" if it was ever built.

He now finds himself on the same side as Shadow Chancellor John McDonnell, who represents neighboring Hayes, who is another long-term opponent of the third runway.

Airlines have been begging for extra runway capacity for London and the south east of England for years but the decision has been continually kicked into the long grass by successive governments.

And, to celebrate, the Government and Opposition are joining forces to pledge to expand one of Britain's largest sources of environment destroying fossil fuels — Heathrow Airport.

Tony Blair and David Cameron both delayed the decision but it now appears that the go-ahead has finally been given.

The alternative would have been to build a second runway at Gatwick, to the south of London, but the airlines have always said Heathrow is an international "hub" airport and airlines wanted a third runway there rather than a second one at Gatwick.

But planes coming in to land at Heathrow have to overfly heavily populated areas of London whereas the Gatwick flightpath is largely rural and affects fewer people.

"Many communities will face a tsunami of noise if a third runway goes ahead. Many people who will be under new flights paths will find their lives changed forever," said John Stewart, the chairman of the anti-Heathrow expansion group, Hacan.

"It is an expensive folly that will badly hurt the environment both locally and globally," said Mr. Cable, whose constituency is heavily overflown.

The Department for Transport claims the third runway would allow an extra 260,000 flights a year and add  £74 billion (US$99 billion) to the British economy over 60 years.

Gaffes Away! Will Boris Johnson Put His Foot In It During Trip to Argentina?