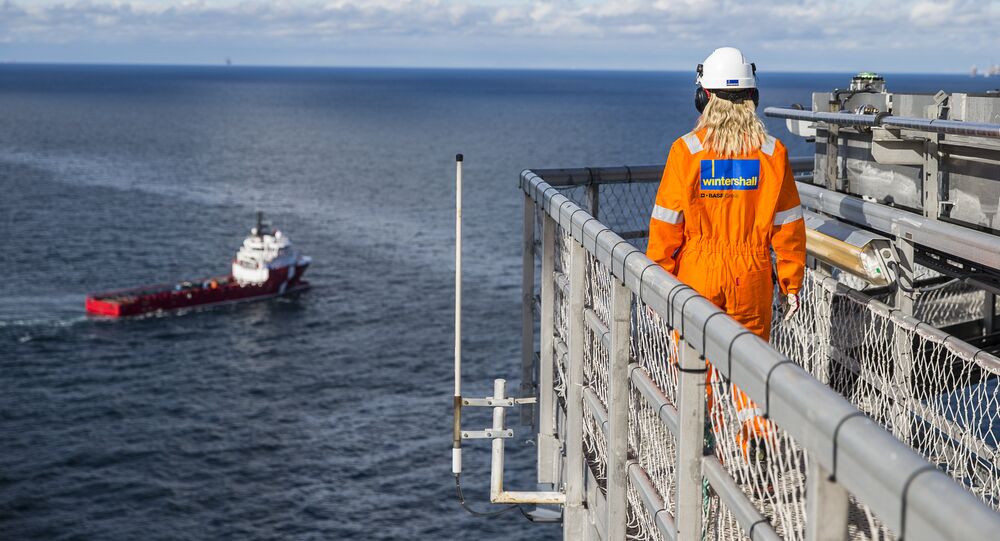 Washington's decision to rip the Iran deal up and resume restrictions against the country has put European companies at risk. Sputnik has asked 42 companies in Germany, Austria and Switzerland to weigh the pros and cons of their cooperation with the Islamic Republic of Iran in the aftermath of Donald Trump's move.

Washington's unilateral withdrawal from the Joint Comprehensive Plan of Action (JCPOA), commonly known as the Iran nuclear deal, and the subsequent resumption of sanctions could complicate international trade with the Islamic Republic.

Sputnik has surveyed 42 companies in Germany, Austria and Switzerland involved in trade with Iran, asking whether they would maintain cooperation with the Islamic Republic at the expense of their business activity in the US or yield to Washington's pressure.

While the answers were different, all the companies demonstrated a cautious approach.

The Swiss concern ABB, headquartered in Zurich, with a total turnover of about $33 billion in 2016 responded:

"We are scrutinizing the statement regarding US sanctions against Iran. We will continue to comply with all trade regulations and do not expect that the [US] announcement will have a significant impact on ABB."

© AP Photo / Eric Vidal
Caught in the Cross-Fire: US, Iran Give EU Two Ultimatums
BASF, whose turnover in 2017 amounted to over 64 billion euros, was similarly circumspect: "BASF will analyze the situation. Basically, BASF will comply with all applicable international laws and regulations."

The company has been operating in the Islamic Republic of Iran (IRI) since 1959 and owns a plant to the north-west of Tehran producing polyurethane.

Bayer AG, headquartered in Leverkusen, appears to be calmer. Its response indicates that it could overcome the loss of the Iran business if necessary:

"The share of Iran business in Bayer's total sales last year was insignificant," the company, whose trade turnover amounted to 35 billion euros ($40.9 billion) last year, said. "Our products are aimed at providing the [Iranian] population with medicines, pesticides and seeds. At the moment, we are assessing the potential short- and medium-term impact of recent developments on our business. In any case, Bayer will adhere to the rules in cooperation with Iran."

© AP Photo / Carolyn Kaster
Iran Deal's Saving Requires Oil Buying States Help Dodging US Sanctions - Report
The relatively neutral response from Bayer is noteworthy since the company is currently working on the acquisition of the American seed production concern Monsanto and has just received permission from the US antitrust authorities. There is too much at stake.

It is unknown whether Burckhardt Compression AG, a Winterthur-based Swiss firm, has any important motives that complicate the decision-making process. When approached by Sputnik, the company asked the news agency to be receptive to its laconic response: "At the moment it's too early to comment on this," Burckhardt, a company with a turnover of about $600 million (594 million Swiss francs) in 2017, stated.

Commerzbank also asked Sputnik to show understanding: It declined to comment on the situation at all ("Please understand that we do not comment on your questions"), which could be due to the fact that the Frankfurt bank covers almost 30 percent of Germany's foreign trade.

Commerzbank's comment could instill uncertainty in other companies or even be interpreted as a signal from the federal government, since the German state owns 15 percent of the bank's shares. The bank's balance amounted to 453 billion euros ($529.4 billion) in 2017.

The response from Daimler AG in Stuttgart (164.3 billion-euro turnover in 2017) was also laconic: "We are closely watching the further developments following President Trump's statement on the JCPOA and studying the possible consequences for our business."

© AP Photo / Vahid Salemi
EU Attempt to Further Invest in Iran Amid US Sanctions Impossible for Energy Giants - Total
Daimler AG's business interests in the US appear to be much higher than those in Iran. Additionally, the company's leadership is probably taking into account the opinion of its two major shareholders — the Kuwaiti sovereign fund KIA (6.84 percent) and the American hedge fund Black Rock (5.95 percent), which almost certainly will not endorse a confrontation with Washington.

Linde AG, one of the world's largest producers of industrial gases, primarily LNG, with a turnover of 17 billion euros ($19.8 billion) in 2017, will probably be unable to put its business in the US at risk: "No comments on all issues," the company stated.

Austrian petroleum company OMV (after investment from Abu Dhabi's International Petroleum Investment Company (IPIC) in 1994, the ÖMV abbreviation was replaced with a simpler variant) with a turnover of more than 22 billion euros ($25.7 billion) in 2017 has seemingly also adopted a wait-and-see approach: "The picture of the Iran sanctions is still murky. So we cannot comment on this."

The largest European automaker, Volkswagen AG from Wolfsburg, has significant business interests in the US. However, the company has definitely pinned hopes on the Iranian market:

"Volkswagen started exporting cars to Iran last year. In this regard, we carefully monitor the situation and analyze the development of political and economic factors in the region. However, in general, the following applies: Volkswagen adheres to all applicable national and international export laws and regulations," the statement said.

The most extensive response came from BASF's subsidiary Wintershall, Germany's largest petroleum producer, with a turnover of $3.2 billion (2017):

"Wintershall will analyze the situation. Wintershall has been active in the Middle East region for years. That is why we are closely following the developments in the region, including in Iran. We strictly adhere to all national and international legal regulations. In 2016 Wintershall signed a Memorandum of Understanding (MoU) with the National Iranian Oil Company (NIOC) on potential future cooperation in order to prepare for possible cooperation in the region. The details of the agreement are confidential."

© East News / Zhan min - Imaginechina/FOTOLINK
China to the Rescue: CNPC Reportedly Plans to Replace Total in Iran's South Pars
In response to Sputnik's request, the company cited a March 2018 statement by the chairman of the board of Mario Meren, who noted during the petroleum company's annual summit in Kassel: "There are a number of projects which are of great interest to us with technical point of view. We are in talks with the National Iranian Oil Company on the issue. Whether it could result in something depends on two factors: First, the overall political situation, in particular, the risk of sanctions. We are discussing the issue and monitoring the situation. Second, it also depends on the question of whether oil production in Iran is economically profitable."

If one compares the companies' responses, one could come to the conclusion that there might be a sort of coordination between the firms operating in Iran, since their arguments are almost identical — they check, observe, analyze, evaluate, etc.

The apparent coordination and the choice of vocabulary cannot be called bad. For most of the companies, their business interests in Iran are not a reason to cross swords with the US. However, the question arises whether it is reasonable to bend under pressure from a foreign government or to defend international principles and values ​​by resisting open blackmail. In the worst case one could face financial losses. This is not an easy decision; apparently that is why the multinational companies have adopted a discreet position and cautious language.

The US unilaterally withdrew from the Iran nuclear deal on May 8. In accordance with Donald Trump's orders, US sanctions against foreign companies cooperating with Iran will come into force after 90- or 180-day wind-down periods.