"We have sent such a request," Domansky said as quoted by the Rossiya 1 broadcaster.

The lawyer added that, at the same time, Vyshinsky's legal team had not received a confirmation that the request had been received by the president's office.

On May 15, the Ukrainian Security Service (SBU) broke into the office of RIA Novosti Ukraine in Kiev. Vyshinsky was detained on charges of treason that same day. The SBU has also accused him of supporting the self-proclaimed people's republics of Donetsk and Luhansk in Ukraine's southeast.

Two days later, a court in the Ukrainian city of Kherson ruled to arrest Vyshinsky. During the hearings, Vyshinsky asked Russian President Vladimir Putin to do his utmost to secure his speedy release and asked Poroshenko to have his Ukrainian citizenship renounced. 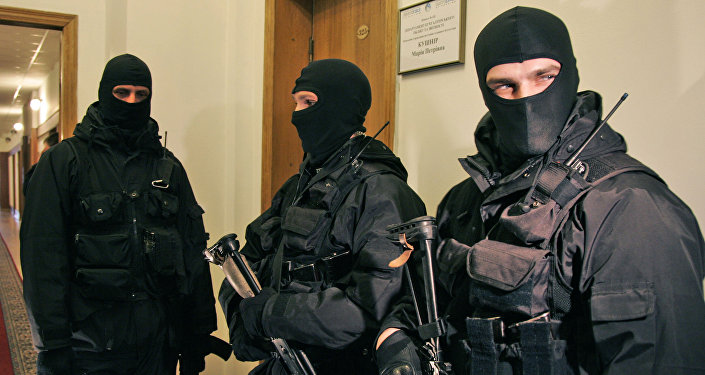 The situation with Vyshinsky's detention has also drawn the attention of international organizations. Harlem Desir, the representative on media freedom of the Organization for Security and Co-operation in Europe (OSCE), has expressed his concern over the SBU's actions and pledged to follow the developments surrounding Vyshinsky's arrest.