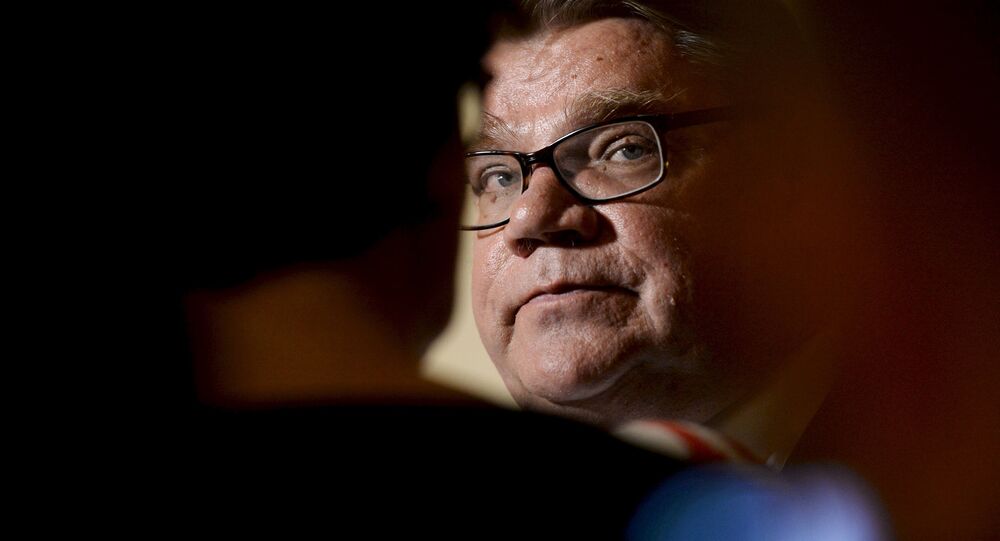 Finnish Foreign Minister Timo Soini's staunch anti-abortion stance has triggered criticism from fellow Finnish politicians, including President Sauli Niinistö. While many have argued Soini doesn't represent Finland's official line, the minister has claimed the criticism is about limiting the freedom of speech.

Timo Soini was found out to have taken part in a pro-life rally in Canada earlier in May, triggering a major political scandal in Finland, the Finnish daily Hufvudstadsbladet reported.

The news of Soini taking part in a demonstration against abortion while on an official visit to Ottawa, Canada on May 10 came only a few days after the foreign minister voiced his disappointment with the outcome of the abortion referendum in Ireland. Soini's state secretary Samuli Virtanen tweeted a photograph of himself and Soini participating in the National March for Life in Ottawa.

Pro life also in Ottawa. On National March for Life with Foreign Minister Timo Soini. This is awesome! pic.twitter.com/CDAoZBHgA9

​Many Finnish politicians found Soini's stance to be a contradiction of Finland's official line and therefore totally inappropriate. Former Greens leader Ville Niinistö has argued that Soini demonstrated a lack of discretion by participating in a pro-life rally during an official visit.

"It is absolutely inappropriate," Niinistö wrote on Facebook. "Finnish foreign policy seeks to promote equality and women's rights," he clarified, demanding an explanation from Soini.

Family Minister Annika Saarikko of the Center Party called abortion an "example of responsible equality and human rights policy making." According to her, Finland is not intent on compromising this principle.

"In some situations, a minister can perhaps be considered to be a private individual in their free time, but expressing opinions is another matter," Niinistö told the weekly newspaper Talouselämä. "It isn't just a private person talking if a minister takes a stand on a subject that is relevant and debated in the country they are visiting."

Soini himself has rejected the criticism, stressing that he attended the rally as a private individual, rather than foreign minister. He also reiterated his anti-abortion sentiment in his blog by calling it "odd" having to "defend the right to defend life."

"I participated in a night vigil that started at 9pm. I was off-duty when the event was held. It's absolutely clear that everyone has the right to an opinion and the freedom of religion," Soini, a rare Catholic in predominantly Lutheran Finland, told the newspaper Helsingin Sanomat.

The anti-abortion rally March for Life gathered 15,000 people in Ottawa. The event reportedly featured candlelight vigils and group prayers for the souls of aborted fetuses.