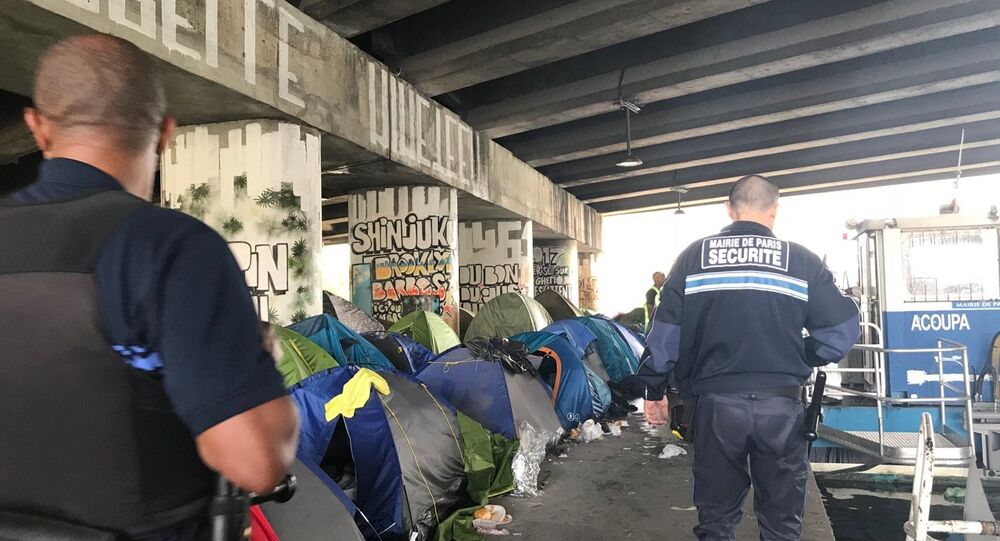 The operation began in the camps situated near Saint-Martin and Porte de la Chapelle canals early in the morning, according to France Info news network.

The move follows a similair action last week, when one of the largest migrant camps in Paris, accommodating about 1,700 people, was dismantled by the authorities.

© REUTERS / Stefano Rellandini
Italy Says No to Being EU's 'Refugee Camp' Amid Calls by Soros to Compensate Rome
Migrants have been setting up camps along the city's canals, a phenomenon which has raised public concerns over safety and public hygiene. Last month, French Interior Minister Gerard Collomb ordered the immediate evacuation of migrant camps in Paris and the Parisian Ile-de-France region.

The European Union has faced an increased inflow of migrants, fleeing hunger and conflict in their home countries, predominantely — from the Middle East and Africa. France has been attempting to clear out unauthorized migrant camps on its territory.