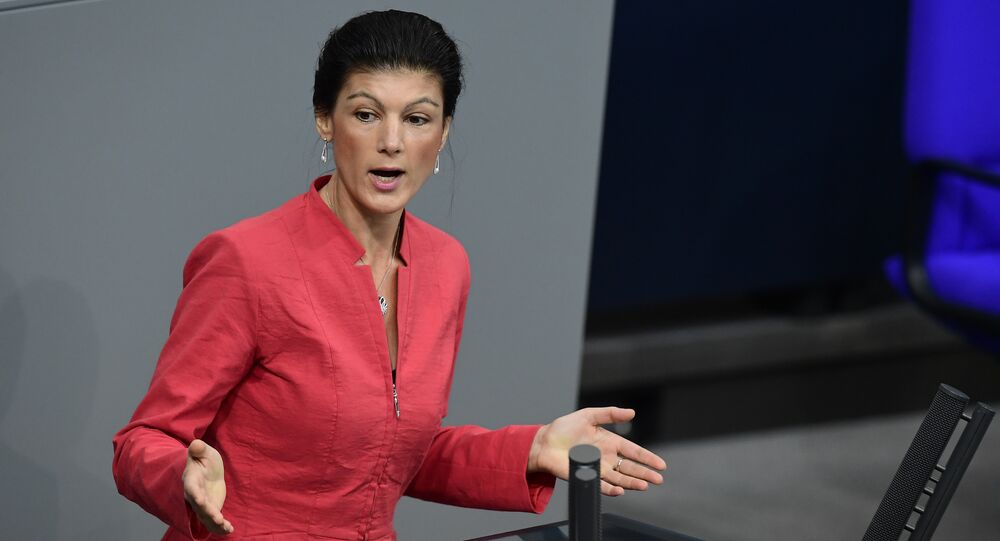 MOSCOW (Sputnik) – Co-leader of the German Left Party (Die Linke) Sahra Wagenknecht called for returning Russia into the G7 to counterbalance the United States in the group.

“We expelled Russia from G8. The problem is that the United States is conducting there its own policy, which is not desirable for other six [states]. Maybe the Russian return to the G8 would be a counterbalance needed for conducting counterpolicy … We need Russia to solve problems,” Wagenknecht told the Deutschlandfunk radio broadcaster.

The G7 consists of Canada, France, Germany, Italy, Japan, the United Kingdom, and the United States. Russia used to be the group's member for 16 years until 2014, when the seven states boycotted the G8 summit in Russia’s Sochi, citing disagreements over the Ukrainian crisis.