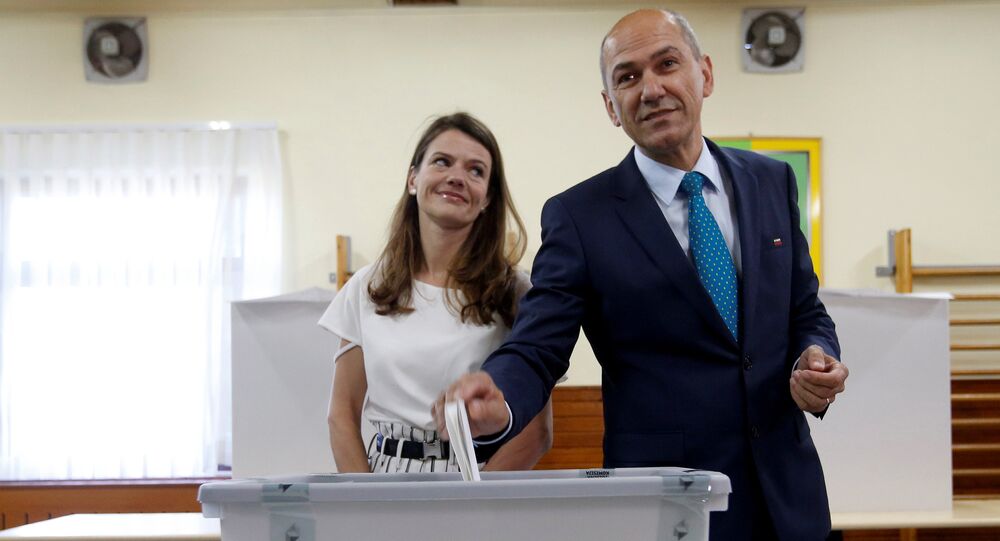 The center-right Slovenian Democratic Party (SDS), headed by Janez Jansa, has gained the lead in Slovenia's parliamentary election, according to an exit poll published after voting on Sunday.

The poll, carried out by the Mediana Institute and published by Slovenia's public broadcaster and a commercial television station, predicts that Janez Jansa's Slovenian Democratic Party (SDS) has won 24.4 percent of the vote.

In comparison to the center-right anti-immigrant SDS party, the center-left party of the Mayor of Kamnik Marjan Sarec, LMS, received roughly half as many votes, garnering 12.6 percent of the vote and Prime Minister Miro Cerar's Modern Center Party (SMC) came third, with 9.8 percent. Preliminary results will be announced later by the State Election Commission.

The SDS, which has supported Hungary's nationalist Prime Minister Viktor Orban, has firmly objected to migrant quotas and stated that most of the money used to support them should be diverted to the security forces.

Slovenia, which was a part of the former Yugoslavia and is the home country of US First Lady Melania Trump, joined the European Union in 2004.

The country, which barely avoided a bailout for its banks in 2013, has been experiencing economic growth since 2014. The outgoing government expects the economy to expand by 5.1 percent this year.