The tensions between the United States and its European allies have been on the rise as that Trump administration has announced that it will slap new tariffs on steel and aluminum produced by three of the country's biggest trading partners - Canada, Mexico, and the European Union, all of which have vowed to retaliate.

She went on stressing that the bloc "is not at war with anyone" on trade, referring to the EU intention to further engage in negotiations on trade issues.

"This doesn't mean the United States are not our closest partners and friends. Allies they [will] stay," she pointed out.

The EU has staged its protest after Washington announced that it was imposing metal tariffs on the European Union member states as well as Canada and Mexico. The bloc immediately responded to the US move, stating that it would proceed with a World Trade Organization (WTO) dispute and impose additional duties on US imports.

However, US Trade Secretary Wilbur Ross assured that the EU's retaliation for the introduction of metal tariffs was unlikely to have much impact on the US economy.

© AFP 2019 / JOHN THYS
EU to Defend Interests if Attacked, Doesn't Want Trade War With US - Paris
The US move caused fierce opposition not only from the European partners, but from Canada and Mexico as well, with both countries promising tit-for-tat duties on US imports.

The threat of a full-scale trade war loomed between the transatlantic partners after US President Donald Trump signed a proclamation removing an exemption from metal tariffs of the European Union, Mexico and Canada as of June 1. 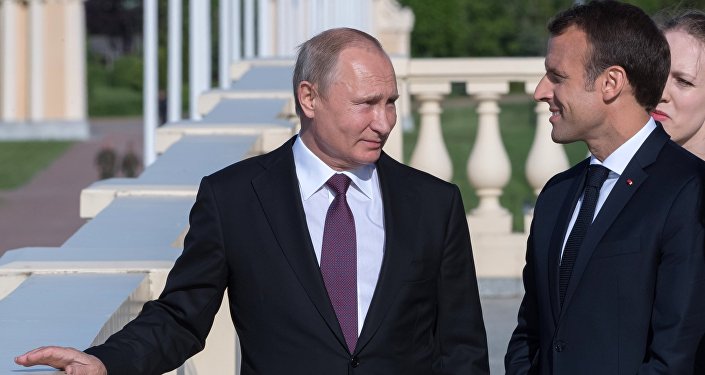 © Sputnik / Sergei Guneev
Prof. on Macron Visit to Russia: EU Trying to Develop Other Options Than Just Relying on US
Trade tensions between Washington and Brussels have been mounting since March when Trump introduced a 25 percent tariff on imported steel and a 10 percent tariff on imported aluminum. At that time, though, a number of countries, including EU member states, were exempted first until May 1 and then for one more month until June 1.

The US president's decision to delay imposing higher duties for the EU, Canada and Mexico until June 1 gave the bloc hope for a permanent EU exemption, as the bloc's leaders have repeatedly criticized the tariffs as an act of protectionism by the US administration.

EU to Defend Interests if Attacked, Doesn't Want Trade War With US - Paris

EU Should Challenge US Exit From Iran Deal in UN, WTO - Austrian Ex-Chancellor