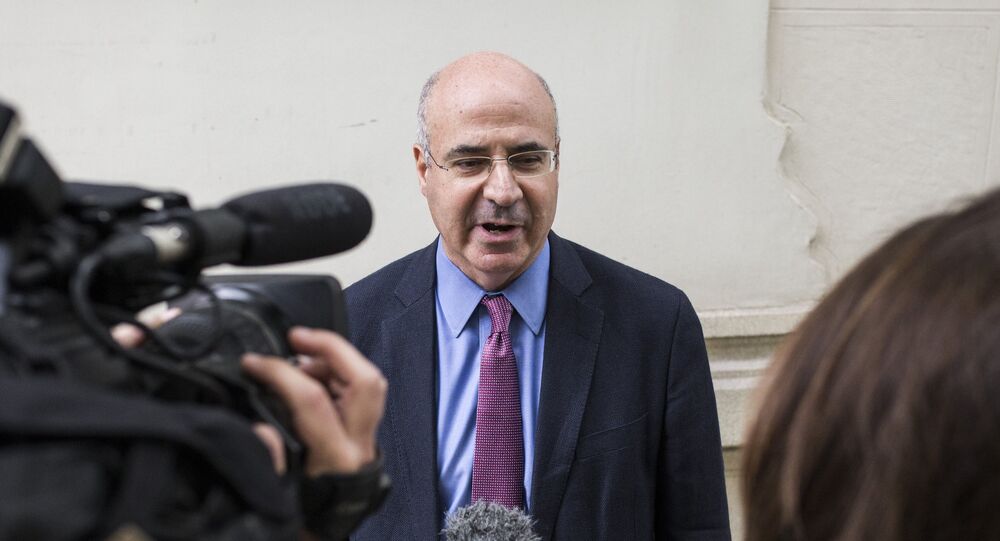 Browder Thanks 'Twitter Storm' for Helping Him Out of Spanish Custody

MOSCOW (Sputnik) - William Browder, the CEO of UK-based Hermitage Capital Management, wanted in Russia for tax evasion, said that the outpouring of Twitter messages that began after his arrest in Spain was announced had helped secure his speedy release from custody.

"Normally when someone is arrested on a bogus Russian Interpol arrest warrant, they have to fight for 3-6 months behind bars against the Russian extradition before being released. The Twitter storm after the announcement of my arrest had me free me in two hours," Browder wrote on Twitter, answering to a tweet asking whether he thought he would have been released had he not managed to post about the situation unfolding around him.

After Browder was apprehended in Spain on Wednesday, Alexander Kurennoy, the spokesman of the Russian Prosecutor General’s Office, said that the authority had not yet received confirmation of Browder's detention from Interpol. The international police organization, in turn, said it had never issued a warrant for the arrest of the businessman.

© AFP 2020 / BERTRAND GUAY
Hermitage Capital CEO Browder Urges Interpol to Suspend Russia's Membership
Despite this, Browder insisted that the warrant was "live" and was a "new Interpol Red Notice," arguing that Russia had abused Interpol systems by passing notices for his arrest through them without the police noticing.