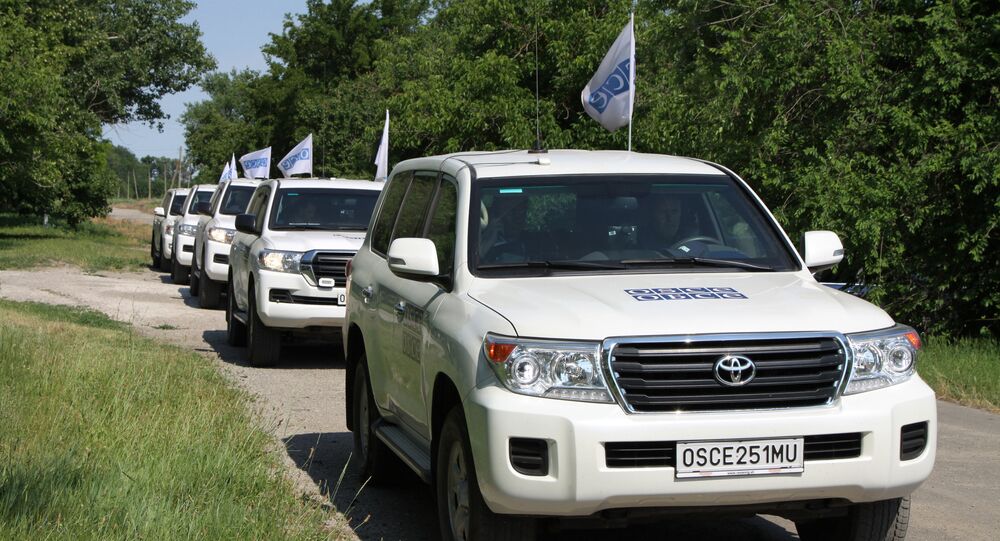 DONETSK (Sputnik) - The Ukrainian forces opened fire on a convoy of the Organization for Security and Co-operation in Europe (OSCE) mission and of the Emergencies Ministry of the self-proclaimed Donetsk People's Republic (DPR) on Thursday, a DPR representative said.

"The Ukrainian armed forces opened fire on the convoy of the DPR Emergencies Ministry and patrol of the OSCE Special Monitoring Mission (SMM)," the representative in the Joint Center for Control and Coordination (JCCC) of the ceasefire regime in Donbass said.

The incident took place on Thursday morning near the Donetsk water filtration station. Nobody was injured, while the infrastructure was not damaged, the representative added.

© AP Photo / Evgeniy Maloletka
Over 500 Ukraine Troops Serving in Donbass Killed Themselves – Prosecutor
The conflict in Donbass started in 2014, when the Ukrainian authorities launched a military operation against the self-proclaimed Donetsk and Lugansk people's republics that refused to recognize the new government in Kiev, which came to power after what they considered to be a coup.

The OSCE SMM was deployed on March 21, 2014, at the Ukrainian government’s request. The mission is unarmed and aims to observe and report on the situation in Ukraine, as well as facilitate dialogue among all parties to the conflict.

Over 500 Ukraine Troops Serving in Donbass Killed Themselves – Prosecutor