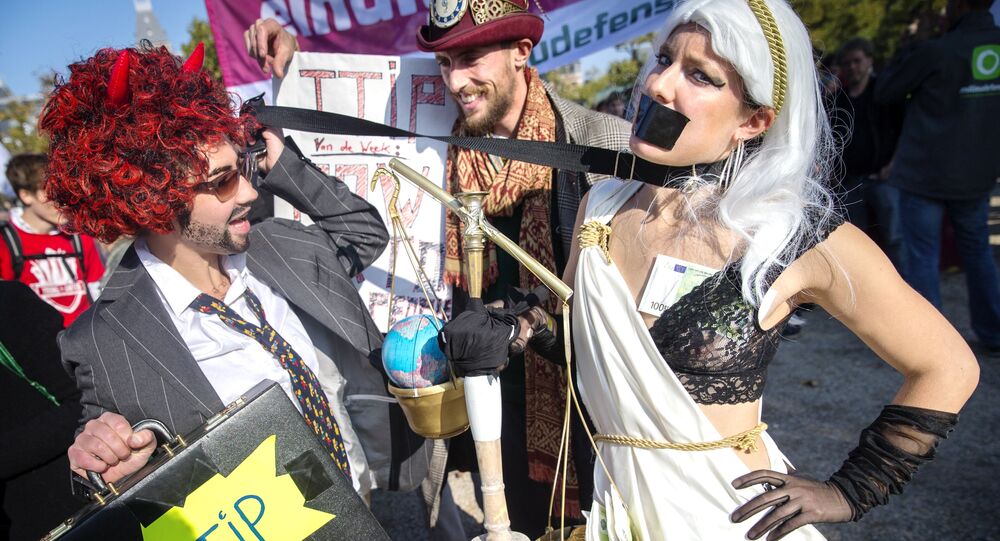 EU Budget Commissioner Günther Oettinger has apologized for intervening in Italy’s political crisis as a backlash rose both in Rome and Brussels to his remarks, which some regarded as disrespectful and hostile towards voters.

The head of the Italian right-wing Lega party, Matteo Salvini, has called on EU Budget Commissioner Günther Oettinger to step down after his remarks, addressing the Italians who may have to return to the voting booths this year again following a failed attempt to form a government. After the European official claimed in an interview with Deutsche Welle that the recent turmoil in the stock markets amid the growing political uncertainty sends a clear signal to voters, Slavini bashed the comment on Twitter:

“CRAZY! Those in Brussels are shameless. The European Budget Commissioner, Germany’s  #Oettinger, declares ‘the markets will teach Italians to vote for the right thing.’ If this is not a threat… I'm not scared, #italiansfirst!”

​Twitter users have been demanding Oettinger’s resignation under hashtag #OettingerRisign.

​Oettinger was also reprimanded by the European leadership. European Council President Donald Tusk took the official down a peg.

My appeal to all EU institutions: please respect the voters. We are there to serve them, not to lecture them. #Italy @dwnews

​This was echoed by European Commission President Jean-Claude Juncker who stated that "Italy deserves respect." Juncker also stressed that Italy’s life "does not lie in the hands of the financial markets."

Following the uproar, Oettinger expressed his regret over the remarks, stating, "I fully respect the will of voters being left, right or center and in every country. By referring to the actual market developments in Italy, I did not mean to be disrespectful."

During the interview, Oettinger supported the candidacy of Italy’s interim prime minister, proposed by the incumbent president, saying, "We trust the Italian president, who has been pointing out to potential governmental coalition partners the rights and duties that go together with membership in the European Union and the Eurozone."

The uproar was sparked by Oettinger’s comment over the slump in the European and other stock markets amid fears over the future of the euro fueled by political anxiety in Italy. The possibility of new elections in Europe’s fourth largest economy looms large after Italian President Sergio Mattarella rejected a list of potential ministers, proposed by the anti-establishment coalition comprised of the euro-sceptic Lega party and the Five Star Movement (M5S), and appointed a former International Monetary Fund official, economist Carlo Cottarelli, as interim prime minister.

"We've already seen a noticeable downturn in government bonds, in banks' market values and in Italy's economy in general," Oettinger told DW. "The government formation may be responsible for that. I can only hope that this will play a role in the election campaign, in the sense of sending a signal to voters not to hand power to populists on the right and left," Oettinger said.