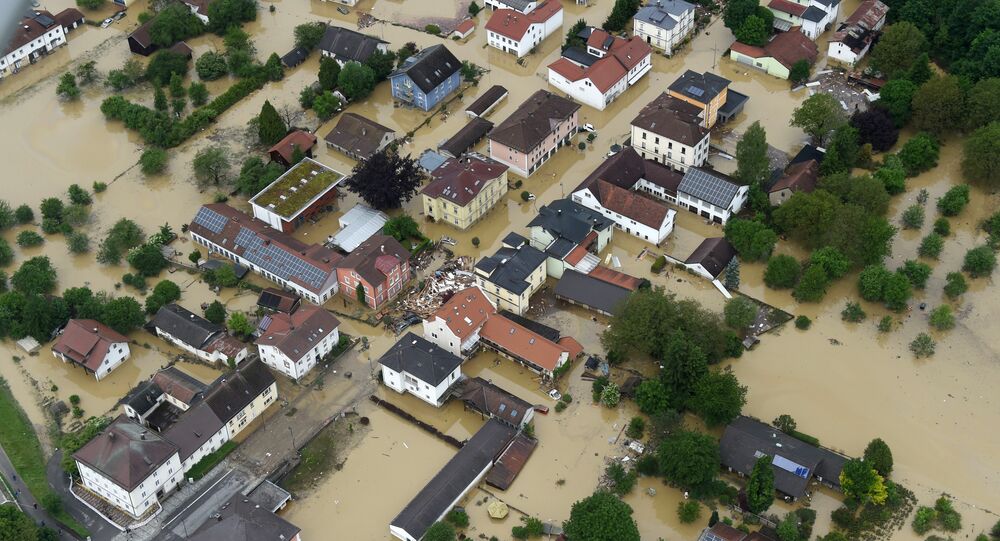 While local homes and shops have been affected by the flood, the city's authorities have declared a state of emergency.

Heavy rainfall has resulted in severe flooding and has led to roofs on buildings collapsing, cars being damaged and roads being ruined in the German city of Wuppertal.

According to a speaker of the German Weather Service, over a short period of time, more than 40 liters of rain per square meter fell on Wuppertal.

Amid the flood, the local railway service halted train traffic in the region.

"The trains are all on the platform," said a railway spokesman in Dusseldorf.

Social media users have posted numerous videos showing how the water masses flowing through the streets.

Witnesses said that water was one meter deep at the ground floor of a shopping center in the city's downtown.

Wuppertal police confirmed that the roof of the gas station at the Friedrich-Engels-Allee in Wuppertal had collapsed. 14 vehicles parked under the roof were crushed.

The storm caused great damage, it could be estimated in millions of dollars.

The shopping center "City-Arkaden" was flooded, with parts of the roof of the university at Campus Haspel collapsing.

A state of emergency has already been declared by the city administration, asking people to stay in their homes.