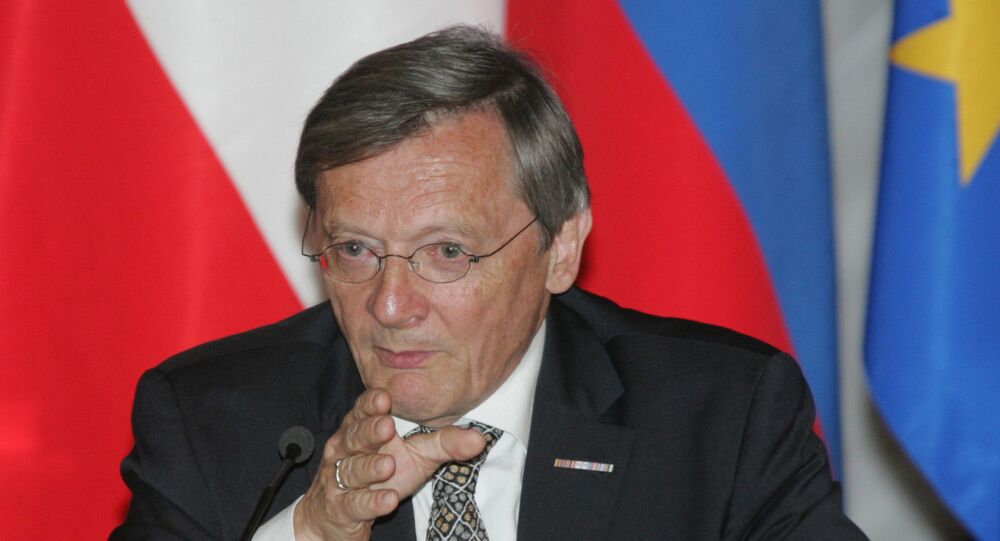 EU Should Challenge US Exit From Iran Deal in UN, WTO - Austrian Ex-Chancellor

The former Austrian chancellor stressed that the Iran nuclear deal was a binding multilateral agreement, and Washington's withdrawal constituted a violation of international norms.

"Europe, Russia, China, international traders should stand up and challenge the American decision in the United Nations and in the WTO. We have to stand up against it. It's a question of principle. After World War II, we created a very positive empire of norms, and we should defend these norms and standards," former Federal Austrian Chancellor Wolfgang Schuessel said on the sidelines of the Primakov Readings international forum in Moscow.

He noted that the act of imposing extra-territorial US sanctions on companies or countries dealing with Iran violated international law.

"If we all stand up, it will have effects on the American politics, because America is not Trump. There [are] also the Senate, the Congress, the public opinion, non-governmental organizations, civil society, financial markets," Schuessel underlined.

© AFP 2021 / MARK RALSTON
Iran Nuclear Deal Collapse to Affect Economic Cooperation – Beijing
On May 8, US President Donald Trump announced that his country would exit the 2015 Joint Comprehensive Plan of Action (JCPOA), which provided for the gradual lifting of the anti-Iranian sanctions in exchange for Tehran's maintaining the peaceful nature of its nuclear program. In addition, Trump decided to reinstate the previously lifted sanctions on Iran.

Other signatories to the JCPOA, namely the European Union, Iran, Russia, China, France, the United Kingdom, and Germany, have criticized Trump’s decision to unilaterally pull out of the deal. They agreed that it was necessary to preserve the deal, which had ensured the peaceful nature of Iran's nuclear program over the years.