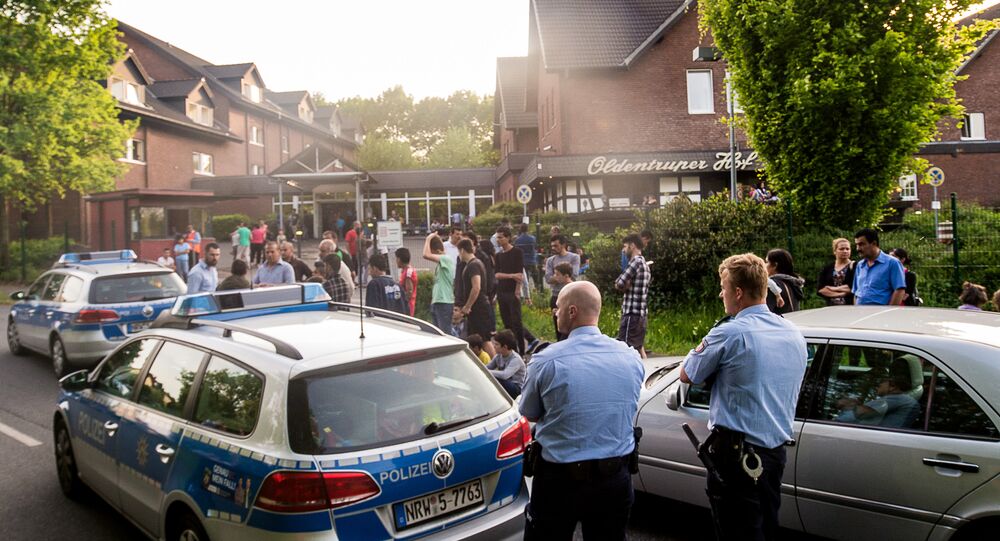 According to BAMF outlet, since the beginning of the refugee crisis Germany has received over one million asylum applications, more than any other country in the European Union. As a result of the influx, the authorities in Berlin have tightened migration controls.

Police on Monday were called by security guards in order to stop a food-related dispute between two immigrants from Georgia at a migrant center in Dresden. However, after the police arrived, a crowd of refugees attacked them, injuring two police officers and one security guard.

"As a result, about 50 residents gathered and attacked officers by throwing lit cigarettes, then kicking and beating them," a statement from the Dresden police said, adding that one of the migrants tried to attack the officers "with an iron bar from his bed."

Additional forces were required to stop the crowd and restore order.

© REUTERS / Pawel Kopczynski
Some 30,000 Protesters Take to German Streets Over Migration Issue (PHOTO, VIDEO)
This incident is yet another in a series of clashes between the police and migrants in the country. Earlier this month, the police endured an attack of 150 migrants, trying to "rescue" a 23-year-old failed Togolese asylum seeker from deportation. The authorities released the man in question at the time, however, after a subsequent operation he was again detained and then deported.

The clashes come on the heels of a scandal in Bremen in April, where a former official from the The German Federal Office for Migration and Refugees and his four colleagues were accused of taking bribes in exchange for granting around 1,200 refugees asylum, although they did not meet the criteria.