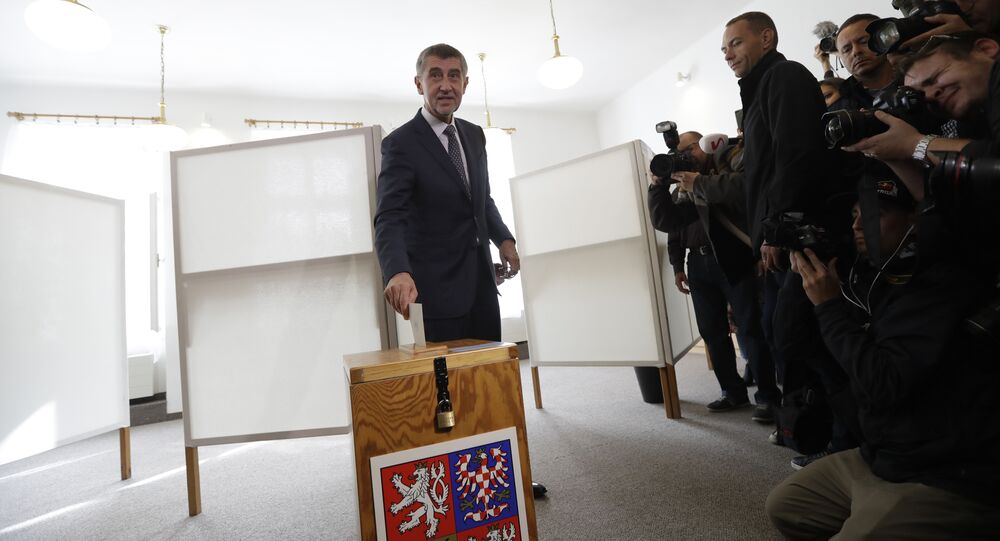 “Until June 15, I will definitely appoint Andrej Babis as head of the government,” Zeman told a state broadcaster late on Monday, adding that he would specify the date in coming days.

© REUTERS / David W Cerny
Thousands Rally in Czech Republic Against Incumbent PM Andrej Babis - Reports
Babis assumed office of prime minister in December 2017 after his ANO party convincingly won the parliamentary elections in October 2017. However, the Czech parliament refused to approve the one-party cabinet headed by Babis in January. The ANO's negotiations with the opposition Czech Social Democratic Party (CSDP), which lasted for 3 months, led to the creation of an agreement on a coalition with 93 seats (78 from the ANO and 15 from the Social Democrats) in the parliament. Another 15 seats pledged by the Communists will help achieve a majority in parliament (108 out of 200 seats).

Zeman wants to re-appoint Babis by June 15 because this is the day of completion of the inner-CSDP referendum on the possibility of forming a ruling coalition with ANO. On Wednesday, the Czech president rejected Babis' idea on calling snap elections.