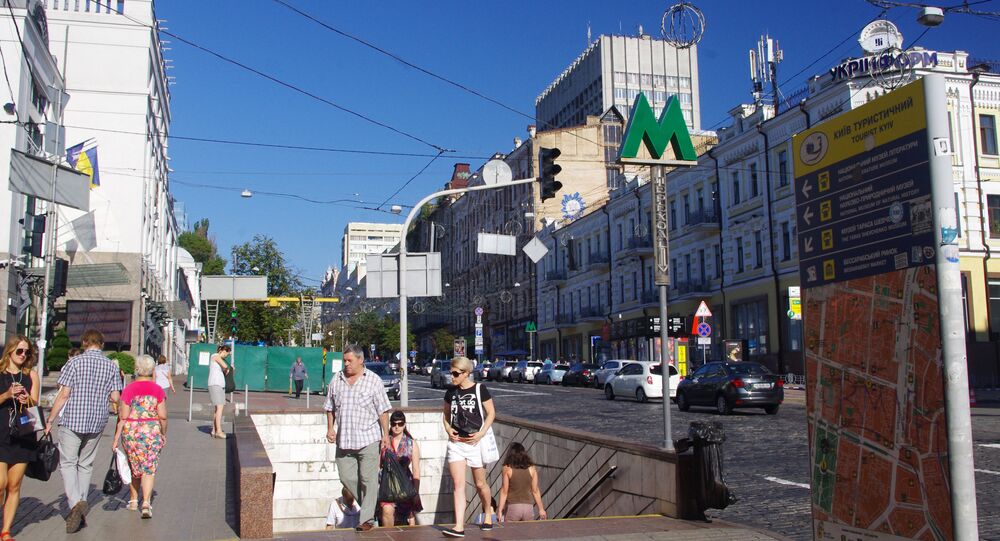 Official Facebook account of the Kiev Metro announced on Saturday, that 5 stations are closed for the passengers due to a phone call, warning about a bomb threat. The troubling news came right before UEFA Champions League final match.

According to the Kiev Police, a man phoned at 13:20 on Saturday, claiming that 5 stations would be destroyed by explosions. The information wasn't confirmed, but the passengers were immediately evacuated, while the security forces were checking the stations. However, no signs of explosive devices were found by the police.

"The stations are checked and open for passengers. Explosive items were not found," the subway operator said on the official Facebook account.

© REUTERS / Mark Blinch
Explosion at Restaurant in Ontario: Over a Dozen Injured - Reports (VIDEO)
Just a day before a gang of masked men staged a violent attack against British football fans just in the center of the city.

The security issue is particularly important because Kiev is hosting the UEFA Champions League final match on Saturday evening, in which Liverpool will play with Real Madrid, attracting a large number of football fans. This is the first Champions League final to be played in Ukraine, which is facing serious economic challenges and full-scale military conflict in Donbass region.