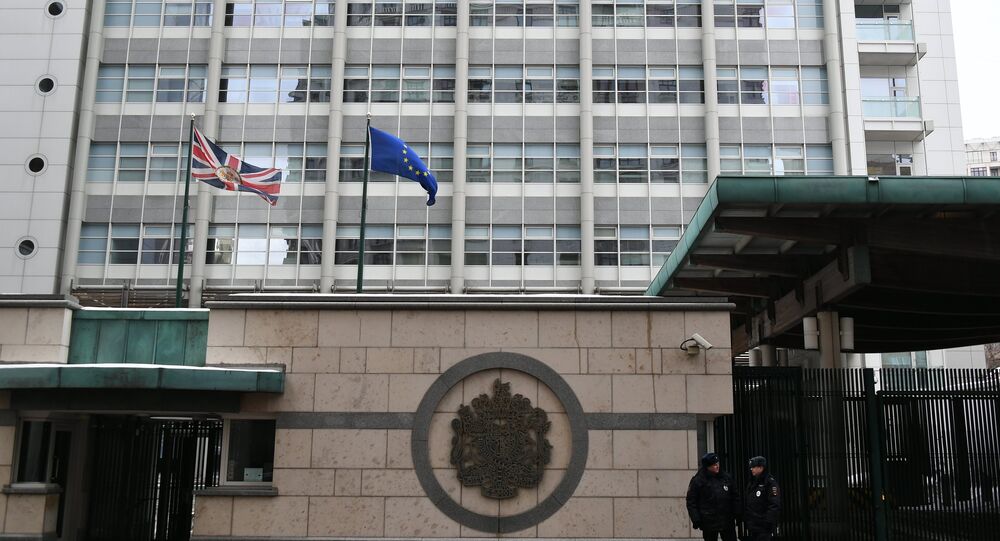 MOSCOW (Sputnik) - The Russian Embassy in the United Kingdom said on Friday it was time for the UK side to apologize to Russia for accusations over the poisoning of Sergei and Yulia Skripal, as no evidence was provided by London to substantiate its claims of Moscow’s involvement during the three months which passed since the incident.

"Time has come for British authorities to apologize to Russia for the hollow accusations accompanied by an unprecedented anti-Russian campaign, to give answers to all the questions and requests officially sent to the British side on this matter, to engage with Russian law enforcement agencies that have opened the criminal case regarding the attempted murder of Yulia Skripal, and to stop isolating the two Russian citizens," the embassy’s press release read.

"We need to either carry out a joint objective and thorough investigation, or simply stop talking on this topic, because it does not lead to anything but a deterioration of relations," he said.

Putin also questioned the alleged fact of poisoning of ex-spy Sergei Skripal and his daughter by a military-grade nerve agent.

On May 1, UK National Security Adviser Mark Sedwill told the UK lower house defense committee that no suspects had been identified in the March's attack on the former Russian intelligence officer Sergei Skripal and his daughter in Salisbury.

© AP Photo / ITN
'I Am 90, I Pose No Threat': Ex-Spy Skripal's Mother Asks UK on Russian TV to Let Her Talk to Son
Analysis by the Organization for the Prohibition of Chemical Weapons (OPCW) of the Salisbury incident confirmed the UK findings related to the nature of the chemical used in the poisoning, but did not include any information that would help the UK government substantiate claims about Russian involvement in the incident.

The United Kingdom and its allies have blamed Russia for an alleged role in the poisoning despite presenting no proof. Over a hundred Russian diplomats have since been expelled from these countries in solidarity with London and to put pressure on Moscow, which denies any involvement.

Russia Not Sure Whether Yulia Skripal Makes Statements Willingly – Moscow