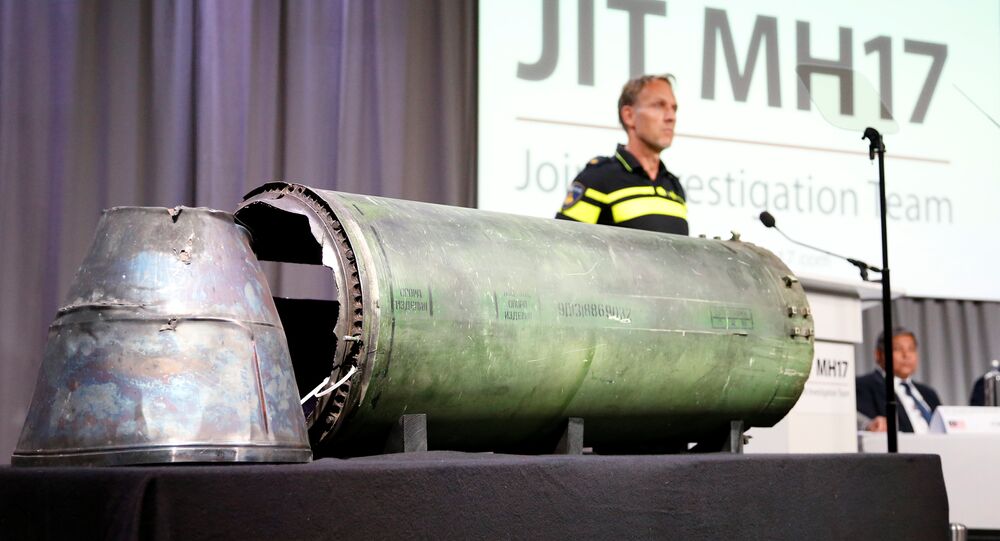 According to the Russian Defense Ministry, it's analyzing videos provided by Dutch investigators on the MH17 downing.

"The Russian Defense Ministry is analyzing video materials presented on May 24 at a press conference of the Dutch Joint Investigation Team, which is engaged in the investigation of the passenger Boeing's crash in the Ukrainian skies in 2014," the ministry said.

All missiles, whose engines were demonstrated by the Dutch team, were disposed of after 2011.

"After 25 years of operation, all missiles of the Buk systems are subject to decommissioning and disposal, and further use of these products… poses a direct threat to the life of servicemen. The maximum lifetime of the missile, the engine from which was demonstrated by the Dutch commission last Thursday was 2011 (1986 + 25), after which all the missiles produced that year were seized, decommissioned and sent for disposal," the ministry said.

No new anti-aircraft missiles were supplied to Ukraine, which has about 20 battalions of BUK missiles systems since 1991, the ministry said, adding that a special number of the missile allegedly used to down the aircraft shows that it was produced in the Soviet Union in 1986.

The ministry further says that the Dutch commission has hushed up information about where and when the engine of the Buk missile was found, as well as about those who handed it over to the investigators.

The ministry noted that the Dutch-led Joint Investigation Team (JIT) used the remained casing of a Buk missile engine, which was showcased during Thursday's press conference, as one of the proofs of the Russian armed forces' alleged involvement in the tragedy.

"However, the speakers preferred not to mention when and where the engine was found, who handed this item to the investigative commission," the ministry's statement read.

The document stressed that the Dutch investigators could have glossed over the source of origin of the missile engine because it could belong to Ukraine's armed forces.

"The only reason for the deliberate silencing of the source of origin of the showcased rocket engine, produced in 1986, by the Dutch investigative commission is that it probably belongs to the Ukrainian armed forces," the statement read.

Russia categorically rejects accusations of involvement in the MH17 crash, Kremlin spokesman said, commenting on the statements issued by the Dutch and the Australian embassies earlier on Friday, in which the countries accused Russian of downing the plane.

"The investigation conducted in the Netherlands by the investigative team did not include the Russian side, although the Ukrainian side was represented. Of course, not being able to be a full-fledged participant in the work of that investigation team, Russia does not know to what extent it may trust the results of this work," Peskov said.

At the same time, Russian Foreign Minister Sergei Lavrov said that there were no facts proving that Russia's alleged involvement in the MH17 crash. The minister further noted that Russia gave the Netherlands factual information on the crash and responded to all questions.

"I spoke today, the Dutch minister called me, he said it is already known that the prosecutor reached a new level of investigation. They have little doubt that the Buk came from Russian territory. I asked him for facts to prove these allegations. He did not provide any facts to me. He said that they do not want the Russian Federation to help establish these facts on the basis of unsubstantiated suspicions," Lavrov told reporters.

© Sputnik / Andrei Stenin
MH17 Case: French Activist Explains Why He Feels Probe is Biased
Back in 2016, the Dutch-led Joint Investigation Team already presented the initial results of the criminal investigation into the crash, claiming that the airliner was downed by a Buk surface-to-air missile launcher which was delivered from the "territory of the Russian Federation to Ukraine."