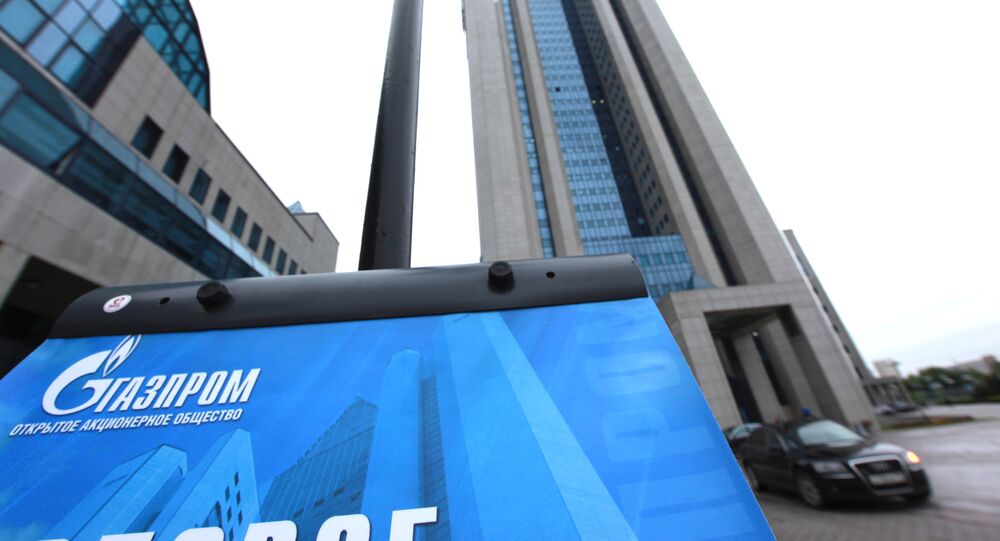 MOSCOW (Sputnik) - The European Commission on Thursday wrapped up a years-long antitrust probe into Russia’s Gazprom, imposing binding obligations on the gas giant but letting it off without fines.

The EU’s anti-monopoly regulator in 2012 opened a case into the firm’s dealings in Central and Eastern Europe and brought charges against it in 2015 for breaching rules in Bulgaria, the Czech Republic, Estonia, Hungary, Latvia, Lithuania, Poland, and Slovakia.

The company submitted proposals in late 2016 on how to end the gas transport and pricing dispute, which were accepted by the EU body last year, although the local market responded with criticism. The parties had been in dialogue ever since.

Gazprom has been told to scrap barriers it had in place for reselling gas cross-border in eight EU countries and other measures that the Commission believes restricted the free flow of gas in Europe.

© Sputnik / Sergey Guneev
Nord Stream 2: Why Poland's Plan to Gouge Money Out of Gazprom, EU Firms Doomed
The company will have to allow for gas flows to and from parts of Central and Eastern Europe that are isolated from the rest of EU nations due to the lack of interconnectors, namely the three Baltic nations and Bulgaria.

These interconnectors will be substituted for by so-called swap deals, which will be offered to a wide range of Gazprom’s customers. Following the market test, this will apply to contracts with a duration of at least 18 months.

In particular, clients that have bought gas originally for delivery to Hungary, Poland or Slovakia will be able to choose to have the company deliver all or part of it to Bulgaria or the Baltic states instead.

© Sputnik / Maksim Blinov
Russian Energy Giant Gazprom to Issue 8-Year Eurobonds in Euro - Source
In terms of pricing, Gazprom will be committed to ensuring competitive gas prices in Central and Eastern Europe in the future.

Its customers will be able to demand a lower price when it diverges from Western European benchmarks. If no agreement is reached within 120 days, the dispute can be referred to an arbitrator.

Gazprom has also agreed not to seek any damages from Bulgaria following the termination of its South Stream project within the next 15 years.

Gazprom said it was satisfied with the EU’s decision to end the investigation and called the result of the six-year review "the most acceptable outcome for the functioning of the European gas market as a whole."

"Gazprom has always adhered to the demands of provisions of the EU competition law and confirms its commitment to adhering to them in the future," its deputy CEO Alexander Medvedev said at an economic forum in St. Petersburg.

© CC0
Russia's Gazprom Oil Giant Hints at Coming Gas Shortage in Europe
A source familiar with the issue told Sputnik that the Russian company will have weeks to propose contractual changes to its customers in Central and Eastern Europe. An independent trustee will be set up to monitor Gazprom’s compliance.

The EU obligations for Gazprom will be in place for eight years. If the company fails to comply the European Union will have the option to impose a fine of up to 10 percent of the firm's worldwide turnover, Antitrust Commissioner Margrethe Vestager said in Brussels.

The Commission’s decision to close the case was met with criticism in some Eastern European countries. In particular, Poland’s Deputy Foreign Minister Konrad Szymanski said he was disappointed with this outcome and called for the company to be fined.