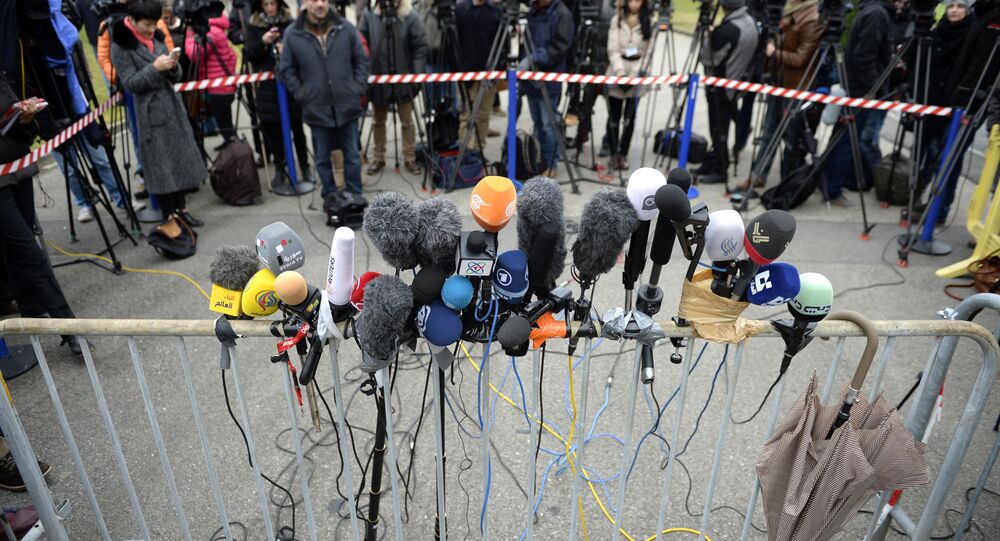 CPJ Calls on Kiev to Cancel Ban on Russian Media

WASHINGTON (Sputnik) - The Committee to Protect Journalists (CPJ) said in a statement on Thursday that the Ukrainian authorities should reverse their ban imposed on Russian media.

"We call on Ukrainian authorities to refrain from banning information sources, be it ones with favorable or unfavorable coverage," CPJ Europe and Central Asia Program Coordinator Nina Ognianova said. "We urge Ukraine to reverse the ban on Russian media companies."

The restrictions also apply to the RIA Novosti Ukraine portal, whose head, Kirill Vyshinsky, was arrested in Kiev earlier in May, and Rossiyasegodnya.rf, Sputniknews.com, Ria.ru, Rsport.ria.ru, 1prime.ru as well as realty.ria.ru websites.