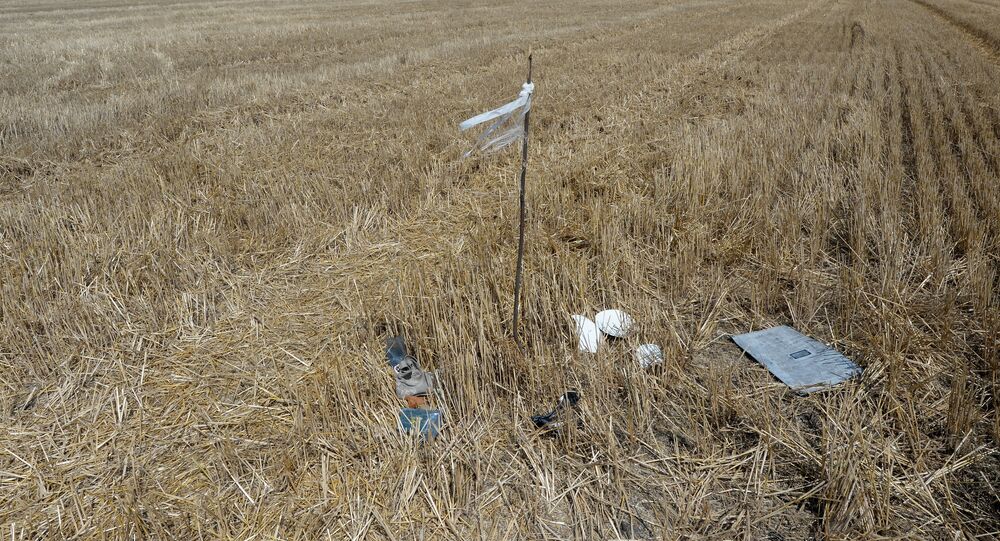 According to the Russian Foreign Ministry, Russia is ready to contribute to the international investigation of the MH17 crash in Eastern Ukraine.

"The conclusion, voiced by the JIT during a press conference on May 24, that the Buk air defense system, which launched a missile at the aircraft, arrived in Ukraine from Russia and belonged to the 53nd Air Defense Brigade stationed in Kursk, causes us regret," the ministry said in a statement.

According to the statement, the Dutch-led Joint Investigation Team (JIT) has ignored a significant amount of information, including radar monitoring data that cannot be manipulated.

"In these circumstances, we have legitimate questions about the true reason for the JIT decision to announce the preliminary conclusions of the probe. In out opinion, all this only confirms our earlier concerns about the biased and one-sided approach to the ongoing investigation," the statement said.

"Nevertheless, we will continue to assist the [international] investigation so that the truth about the MN17 catastrophe is established, and the real culprits of the tragedy receive fair punishment," the ministry added.

© Sputnik / Andrei Stenin
MH17 Probe: 'Everything Points to the Ukrainian Side' – Analyst
At the same time, Dutch Chief Prosecutor Fred Westerbeke stated that the investigation team would not disclose the evidence allegedly uncovered.