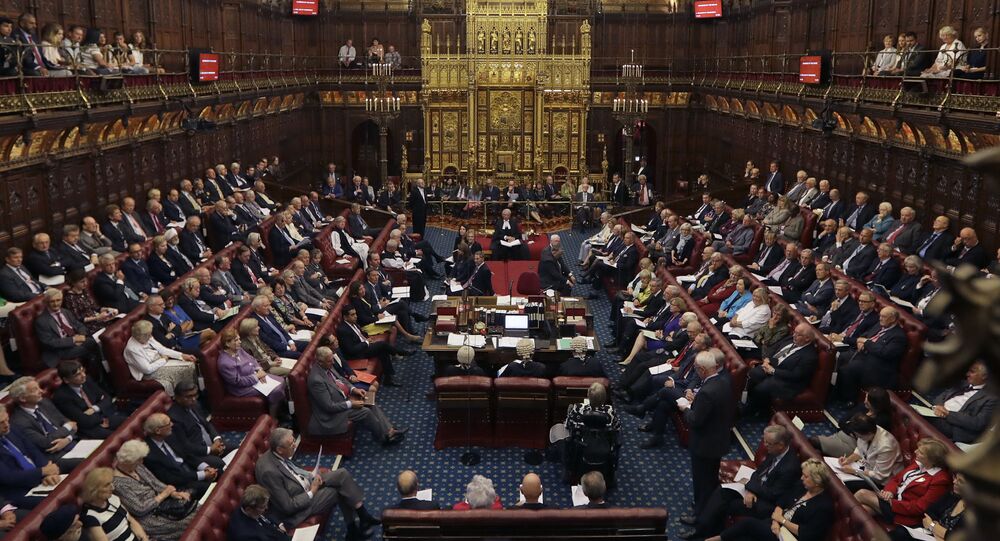 The Upper House of Britain’s Parliament has been a staple of the country’s politics since the Middle Ages but unlike the House of Commons is not elected.

British Labour leader Jeremy Corbyn on Wednesday formally committed the party to the objective of abolishing the country's upper legislative house, the House of Lords and replacing it with an elected body.

The pledge to abolish what Mr. Corbyn's press described as an "undemocratic anachronism" has been well received online, with many observers praising it as significant step in the direction of genuine democracy.

Goodbye, House of Lords! This is a big step in a massive expansion of democracy in Britain https://t.co/HMqLAKEdXP

An elected second chamber is a big step towards ending Britain’s rigged system. It should be senators who, rather than representing constituents, should be elected by PR and have strong backgrounds in policy. https://t.co/iJoximXUIo

The move was however seen as cynical by some who noted that just days prior, Mr. Corbyn had nominated members of his own party for membership of the upper house with the condition that they vote in future for its abolition.

18 May: McNicol given peerage.

23 May: Corbyn to abolish House of Lords.

​The unelected nature of the House of Lords has long been a source of criticism in the British Parliamentary system, as its members, called "Peers", are selected by their own party, usually after many years in politics rather than by being elected.

The House has come under particular criticism since the UK's decision to leave the European Union, as it has consistently voted to reject Prime Minister Theresa May's withdrawal legislation and sought to pressure the government into softening its negotiating position towards Europe.