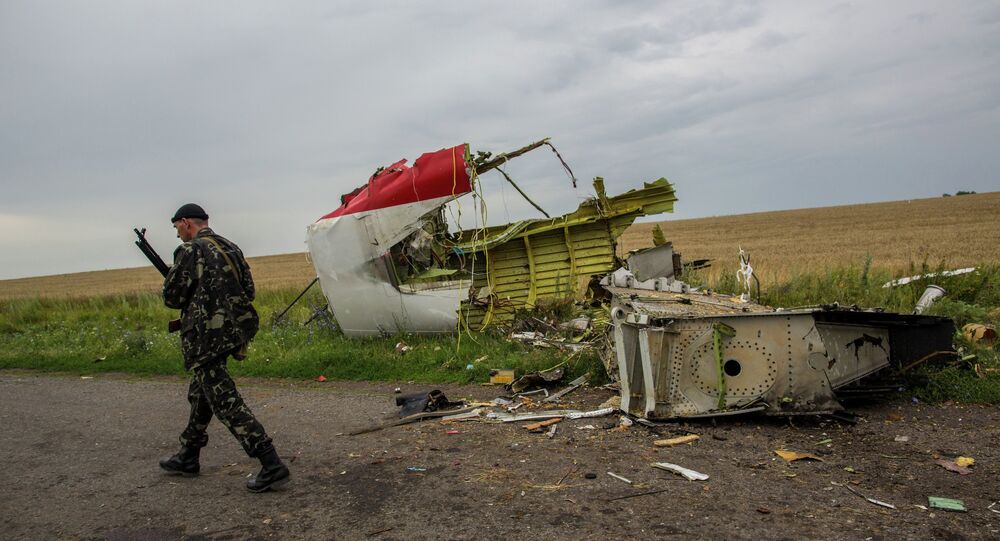 Russia has provided exhaustive evidence pointing to the involvement of the Ukrainian BUK system crews in the destruction of the MH17 flight, Russian Defense Ministry said.

"The Russian Defense Ministry, both in the first hours after the tragedy, and in the future, officially denied the insinuations of the Ukrainian side about the alleged involvement of Russian servicemen in the skies of Ukraine and brought the relevant evidence to the Dutch investigation team. Not a single anti-aircraft missile system of the Armed Forces of the Russian Federation has ever crossed the Russian-Ukrainian border," the Russian Defense Ministry report said.

Dutch investigators in the case of the Boeing crash did not take into account eyewitness testimonies regarding the launch of a missile from territory controlled by the Ukrainian Armed Forces, the Russian Defense Ministry added.

"Within the framework of cooperation with Dutch law enforcement agencies, the Russian side presented exhaustive evidence… including field tests that clearly indicate the involvement of the Ukrainian Buk systems in the destruction of the passenger Boeing [aircraft] from the Netherlands in the sky of Ukraine," the Russian Defense Ministry said added.

"No airborne targets approaching the Boeing passenger plane from the eastern side, including from the direction of Snezhnoye or Pervomayskoye were detected by this radar," the ministry stressed.

The Russian Defense Ministry on Thursday expressed concern that the Dutch-led investigation of the downing of Malaysia Airlines flight MH17 in eastern Ukraine in 2014 justifies its conclusions by using only images from social networks that have been expertly processed by computer graphics editing tools.

Earlier on Thursday, head of the Dutch National Police's Central Crime Investigation department Wilbert Paulissen said the Dutch-led Joint Investigation Team (JIT) had come to the conclusion that the missile had been launched by the Buk missile system belonging to the Russian Armed Forces.

© Sputnik / Andrei Stenin
'Silenced'? Ukrainian Military Pilot Accused of Attack on Boeing MH17 Found Dead
The Malaysian Airlines Boeing 777 crashed in eastern Ukraine on July 17, 2014, while flying to Kuala Lumpur from Amsterdam. All 298 passengers and crew on board the aircraft died. Ukrainian government forces and the local militias traded accusations regarding the incident, which occurred at a time of heavy fighting in the region.

The JIT, made up of Australia, Belgium, Malaysia, the Netherlands and Ukraine, tasked with probing the crash, found that the airliner was downed by a Buk missile system, which was brought from Russia and returned there after the crash. However, Russia's Almaz-Antey, which developed the Buk missile system, rejected the findings, saying that three simulations showed that the missile was launched from the Zaroshchenske area, which was controlled by the Ukrainian army at the time of the downing.

The conflict in Donbass started in 2014, when Ukrainian authorities launched a military operation against the self-proclaimed Donetsk and Lugansk People's Republics that refused to recognize the new government in Kiev, which came to power after what they considered to be a coup.